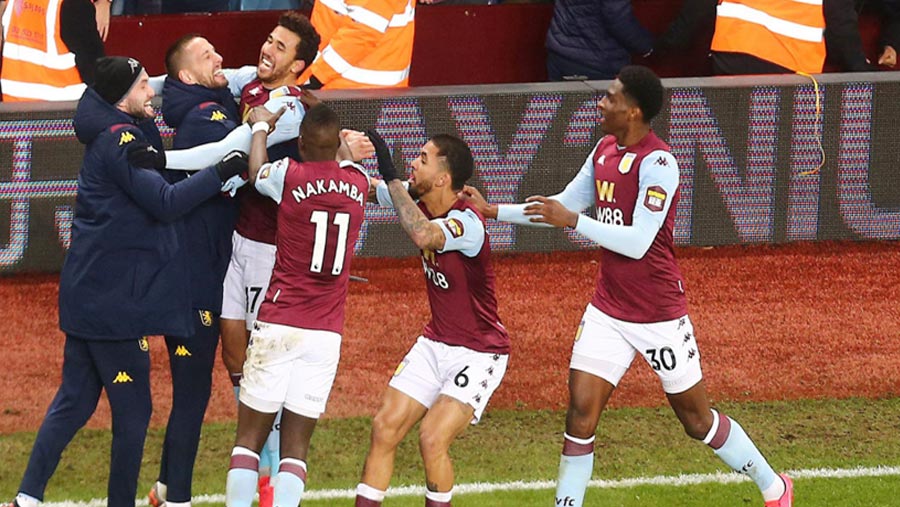 Aston Villa reached the Carabao Cup final with a dramatic win over Leicester on Tuesday (Jan 28) evening. Trezeguet's stoppage-time winner was the final step on a route to Wembley which began at Crewe in August.

Trezeguet's injury-time winner fired Aston Villa into the Carabao Cup final with victory over Leicester City on a dramatic night at Villa Park.

The game had entered four minutes of stoppage time and penalties were looming when substitute Ahmed Elmohamedy sent over a superb cross for Trezeguet to drill a far-post finish across Leicester keeper Kasper Schmeichel.

It sparked wild scenes of joy and a pitch invasion at Villa Park, as the hosts reached their first showpiece final since the FA Cup in 2015, when they lost 4-0 to Arsenal.

Villa - who face either Manchester City or Manchester United in the final - were indebted to goalkeeper Orjan Nyland for a string of magnificent first-half saves that allowed them to go in at the interval leading through Matt Targett's 12th-minute strike.

And the hosts were enjoying their best spell of the game when Kelechi Iheanacho turned in Harvey Barnes' cross with 18 minutes left, leaving the momentum with Brendan Rodgers' side.

But Trezeguet's late intervention means Dean Smith's side will be in their first EFL Cup final since 2010, when they lost to Manchester United.

Man of the match - Orjan Nyland