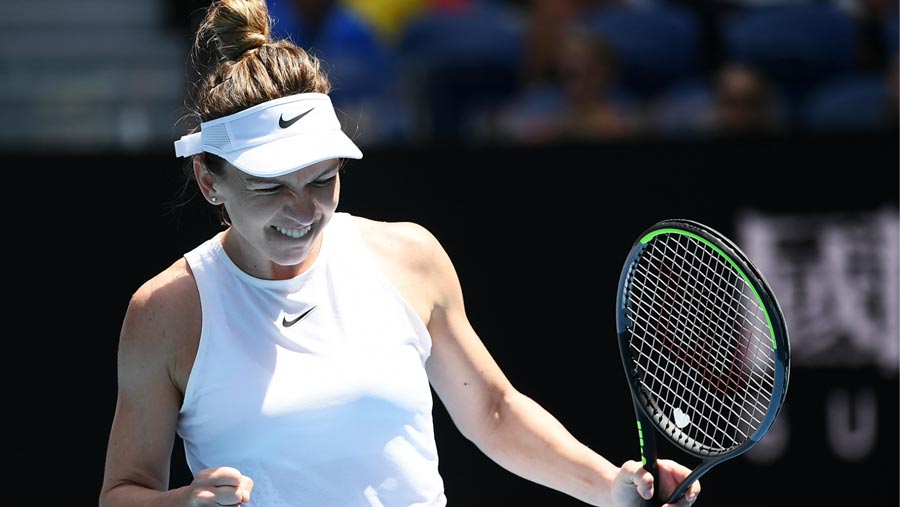 Estonian Kontaveit won the first game but was never in it from that point as Halep raced to a 6-1 6-1 win.

Wimbledon champion Halep won 11 games in a row before the 28th seed managed to hold serve in the penultimate game.

The Romanian, 28, will face Garbine Muguruza or Anastasia Pavlyuchenkova in the last four in Melbourne.

"I felt great on court. I feel strong in my legs and I knew how to play against her. I was focused in every point I played," said Halep.

The fourth seed is yet to drop a set at this year's tournament and was never in danger of doing so on Rod Laver Arena, totally dominating the 24-year-old once she had the first break in the third game of the match.

Kontaveit, playing in her first Grand Slam quarter-final, had beaten sixth seed Belinda Bencic in 49 minutes in the third round but was on the wrong side of a hammering in the quarter-finals.

Halep moved Kontaveit around the court throughout and was ruthless in knowing when to increase the pace and kill off points, sealing a superb victory with her fifth ace.