Caroline Wozniacki career over after defeat 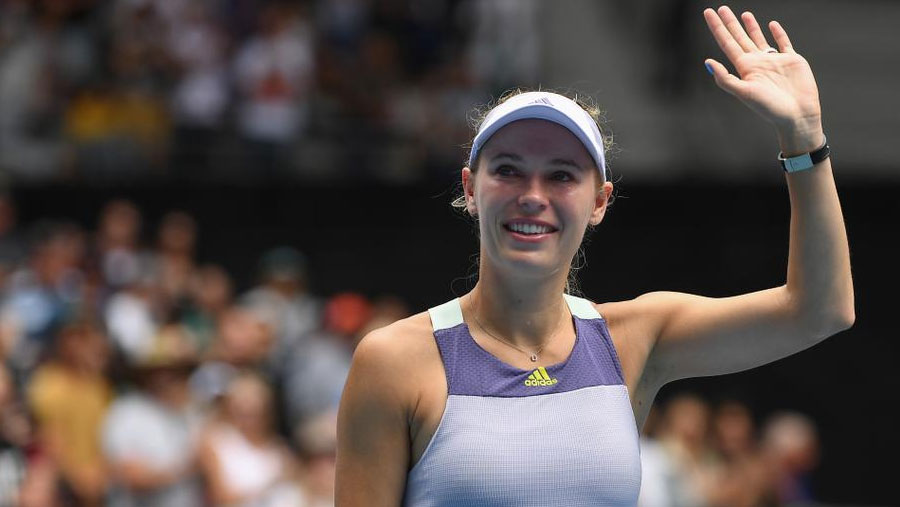 Former world number one Caroline Wozniacki saw her hugely impressive career come to a close as she went out in the Australian Open third round.

Wozniacki, 29, revealed her intention to retire in November, fittingly calling time at the venue where she won her only Grand Slam title.

"It has been a great ride," said the emotional Dane on Melbourne Arena.

"It is fitting my last match would be a three-setter, a grinder, and I'd finish my career with a forehand error - those the things I have been working on my whole career," joked Wozniacki.

Wozniacki bows out having spent 71 weeks as the world number one, lifted 30 WTA titles. Most significantly, she will always have that coveted Grand Slam title next to her name in the history books.

That came at the third time of asking, following two US Open final defeats, when she beat Simona Halep in the 2018 final at Melbourne Park to complete her "dream".

Wozniacki was diagnosed with rheumatoid arthritis in 2018, although she has said that was not the sole reason behind her decision to retire.

She will "work on" the autoimmune disease which causes pain and inflammation in joints post-playing, but has also made it clear she wants to "achieve other things in life".

Wozniacki has also enrolled at Harvard Business School and says she has a "slam-packed" diary over the next six months.

Her plans include going skiing with her family, a couple of "girls trips" and a belated honeymoon with her husband David, the former NBA basketball star who she married in June last year.