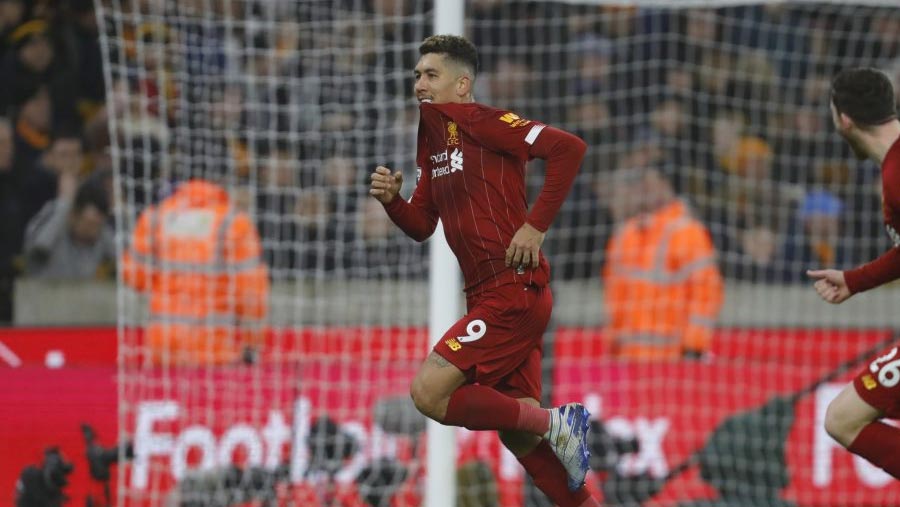 Liverpool's march to the Premier League title continued as Roberto Firmino's late winner at Wolverhampton Wanderers gave them the victory that extends their lead at the top to 16 points with a game in hand.

Wolves can consider themselves unfortunate to be the victims of Liverpool's 22nd win in 23 league games after making life as uncomfortable as anyone has for Jurgen Klopp's side this season before Firmino ensured Liverpool took another significant step towards their first title in 30 years.

It was the first goal Liverpool - who lost Sadio Mane to a muscle injury in the first half - had conceded in the league for more than 12 hours and it required important saves from goalkeeper Alisson to keep out Traore and Jimenez as Wolves pressed.

Liverpool, as ever, carried a huge threat and Firmino drilled home the winner with six minutes left - although substitute Diogo Jota then wasted a glorious chance to give Wolves a point in stoppage time.

The Reds, who have won their past 14 league games, are the third team to go 40 games unbeaten in the Premier League.