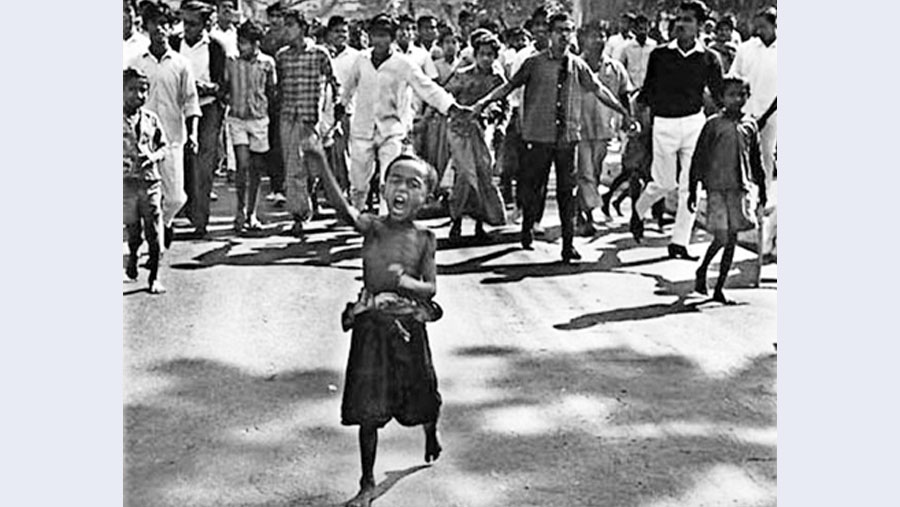 The historic Mass Upsurge Day will be observed today commemorating the 1969’s movement for autonomy from the then East Pakistan that eventually led to Liberation War and emergence of Bangladesh in 1971.

On Jan 24, 1969 Matiur Rahman Mallik, a standard IX student of the Nabakumar Institution, and Rustam Ali, a rickshaw-puller, were killed in police firing on demonstrators in Dhaka as the Pakistani rulers desperately tried to suppress the popular uprising.

The killings spread intense protests across the country that eventually saw the fall of the Ayub regime. It is said that the day teaches Bangladeshis the values of democracy and protest against oppression.

To mark the day, different political, social and cultural organisations have chalked out elaborate programmes, including paying tributes to 1969 martyr Matiur Rahman by placing wreaths at his monument at Nabakumar Institute at Bakshibazar in the capital.

Prime Minister Sheikh Hasina issued a message on the occasion, expressing profound respect for those who had embraced martyrdom in the historic movement in 1969.

In her message, Prime Minister Sheikh Hasina urged all, irrespective of party affiliations, to work together for building a modern, developed and prosperous nation as dreamt by Father of the Nation Bangabandhu Sheikh Mujibur Rahman.

“We are working tirelessly to bring smiles on the faces of all, ending exploitation, deception and discrimination. Let work together to turn the country into a middle-income one by 2021 and a developed one before 2041,” she said.

Sheikh Hasina said the mass upsurge of 1969 is a significant milestone in the history of the country’s independence.

The nation achieved independence following the language movement of 1952, six-point demand, 11-point demand, mass upsurge of 1969 and the bloody War of Liberation, she added.

She said the greatest Bangalee of all time Father of the Nation Bangabandhu Sheikh Mujibur Rahman declared the six-point demand in 1966 to liberate the nation from the exploitation of the Pakistani rulers.

To foil the mass movement, the Pakistani ruling clique had filed the Agartala conspiracy case and arrested Bangabandhu. The people, including students, workers and farmers, waged a tough but spontaneous movement against conspiracy, she added.

The struggling people brought out a procession on this day (Jan 24) in 1969 defying repression and curfew imposed by the rulers, she said, adding that Matiur Rahman, a class IX student, had died as police opened fire on the procession.

Then the mass upsurge compelled the autocratic Ayub regime to release Bangabandhu and others from jail.

Autocrat Ayub had to step down, the PM recalled and said the 1969 mass upsurge still inspires all to fight against misrule and exploitation.