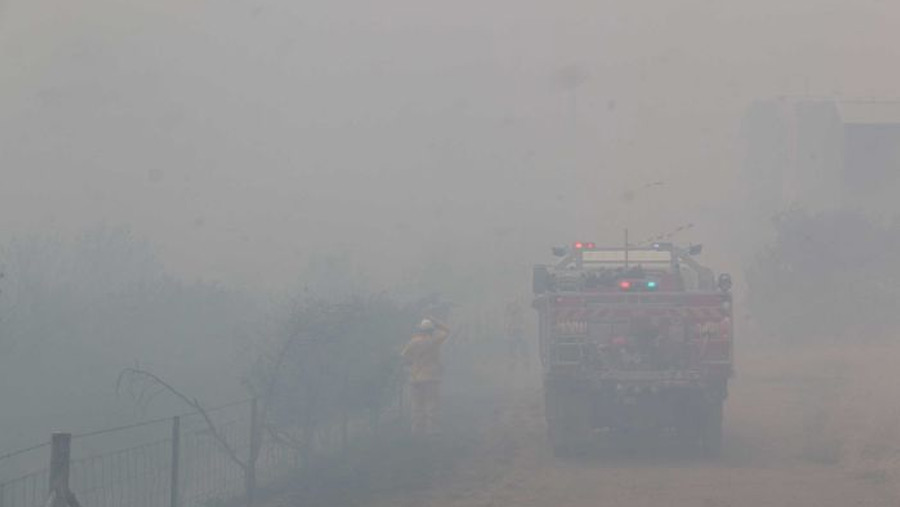 Bushfires near the Australian capital Canberra forced the city's airport to close on Thursday, as passenger flights were halted to make way for aircraft working to extinguish the blazes, authorities said.

High temperatures and strong winds fuelled an outbreak of new blazes across several areas in eastern Australia on Thursday, ending a period of respite following several days of rains and cooler weather.

The country has been battling an unprecedented wave of wildfires since September that have devastated communities and wildlife.

Flights to and from Australia's capital were suspended around midday (0100 GMT) Thursday "to allow for aviation firefighting operations", a Canberra Airport spokesperson told AFP news agency.

It was unclear how long services would be impacted but the terminal has not been evacuated, she said.

The Australian Capital Territory Emergency Services Agency said the airport had been closed "due to current conditions".

An out-of-control blaze burning south of the airport was upgraded to an emergency level just before midday, with the agency advising residents it was "too late to leave" three suburbs in the path of the fire.

"The fire may pose a threat to all lives directly in its path," the agency said in a warning.

"People in these suburbs are in danger and need to seek immediate shelter as the fire approaches."

The fire has so far burned through more than 140 hectares (350 acres), while a second out-of-control blaze has flared to the west of the airport.

Though the airport has been used in aerial firefighting efforts for several months, it was the first time operations had been suspended.