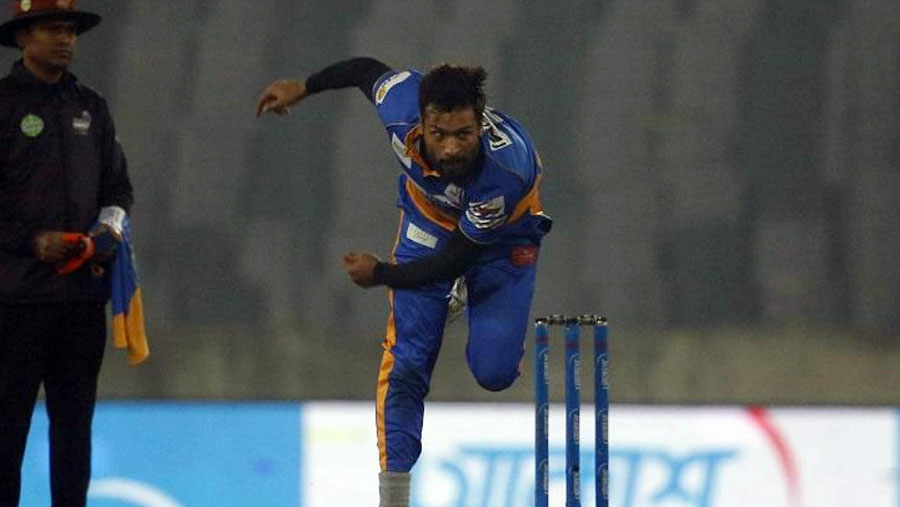 Khulna Tigers became the first side to reach the Bangabandhu BPL final after they defeated Rajshahi Royals by 27 runs in the first qualifier. Mohammad Amir's maiden six-wicket haul made it a cruise following Najmul Hossain Shanto's unbeaten 78 had taken Khulna to 158 for 3 in 20 overs.

With this win, Khulna advanced as the first team to reach the final of the 7th BPL while Rajshahi now need to face Chattogram Challengers in the Qualifier-2 on Jan 15 at the same venue.

Replying to Khulna Tigers’ 158 for three in 20 overs, Rajshahi eventually tumbled for 131 off the last allotted delivery of their 20 overs. They were almost out of the match when Pakistani pacer Amir had decimated their batting line-up in a stunning opening spell of three overs bowled with relentless intelligence and skill.

Rajshahi started chasing with a big batting collapse as they lost six wickets just in 36 runs with Mohammad Amir bagged four of them.

Liton Das, who hit a fifty in the last game, fell for two this time. He was bowled by Amir. After Liton, Afif (11), Alok Kapali (0) and Andre Russell were also victims of the Pakistani pacer.

Shoaib Malik, who is also from Pakistan, came to bat at number three for the Royals and remained firm in one end of the wicket. He was in the middle as the last hope of the Royals. But scoring 80 runs, he fells as sixth wicket of Amir. Before taking the wicket of Shoaib, Amir also scalped Taijul Islam.

While Amir bagged six, Mehidy Hasan took two wickets in an over, Robbie Frylinck and Shahidul Islam took one wicket each.

Earlier, Royals won the toss and sent Khulna Tigers to bat first, who lost two wickets just in 15 runs. Mehidy Hasan fell as the first batsman scoring eight of eight with one six. Right after him, Rilee Rossouw suffered a duck. Both the wickets were removed by Pakistani pacer Mohammad Irfan.

However, in the third wicket stand, Najmul Hossain Shanto and Shamsur Rahman added 78 runs. Shamsur fell for 32 off 31 while Shanto hit his second fifty in a row and ended on unbeaten 78 off 57 balls with seven fours and four sixes.

Mushfiqur Rahim came in to bat at number five and scored 21 off 16 balls before leaving the field with a leg injury. Afghanistan batsman Najibullah Zadran came in at number six and scored unbeaten 12 off five, and the Tigers ended on 158 for three in 20 overs.