Opinion: Bangladesh’s startup scene may seem quiet, but not for long 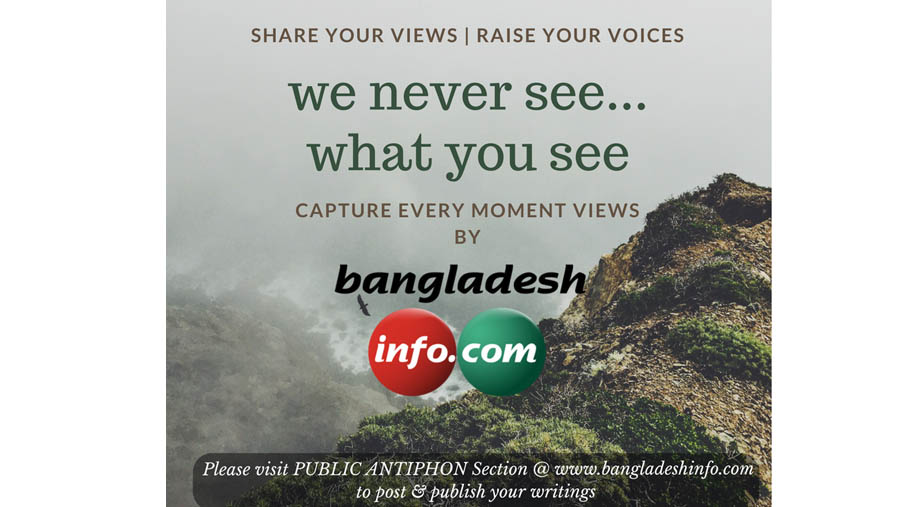 If you’re a startup founder or investor based in Bangladesh, there are a lot of things to be excited about. A young country where 60 percent of the population is below the age of 30. A growing middle class that makes up a third of the population. Mobile-first internet users, hungry for content and services. Even the drawbacks⏤like the large rural population, poor infrastructure, and lack of internet access⏤can present themselves as opportunities. At the same time, the Bangladeshi startup scene is relatively quiet. This article looks at how the startup ecosystem in Bangladesh has evolved, especially since it was thrust into the spotlight by Startup Dhaka, a documentary from tech news site SD Asia. Instead of the market’s potentials, which have been covered many times, I also take a look at the current startup climate, its trends, as well as strengths and weaknesses.

Entrepreneurship is not new in Bangladesh. Various institutions and communities have long encouraged the setting up of small businesses as a means of economic development and individual empowerment. It is safe to say that these entrepreneurship advocates formed the basis of the startup community we know today. These include organizations such as Grameen Foundation, Brac, and Ashoka, as well as individuals like Samira Himika. Although technology entrepreneurship is not new in Bangladesh, the startup community is less than 10 years old. There are quite a few movers and shakers that act as advisors, role models, mentors, and experts for the community. These include startup founders such as Elius Hussain (CEO and co-founder of Pathao) as well as investors and experts like Samad Miraly (co-founder of SD Asia). There are also startup champions coming in from abroad, such as Amar Magon, founder of the now-defunct startup Loosemonkies. In terms of local investors, there is a growing angel network in Bangladesh as well as VC firms such as Desh Ventures and others (here’s a list from Future Startup of the country’s early-stage investors). International VCs like 500 Startups, the Founder Institute, and Fenox Capital are also present. In terms of corporate investors, the telcos play a big role in promoting tech entrepreneurship. A great example is the GP Accelerator program, run by Telenor subsidiary Grameenphone, which is now already on its fourth batch of startups. Robi Axiata has also rolled out an incubator program to encourage internal innovation amongst their employees. It is also important to note the government initiatives in this space. The ICT Ministry launched the Digital World Initiative in 2014, which aims to support the country’s development through technology. The initiative promotes the use and integration of technology across various sectors, and fosters learning and collaboration between organizations and industries.

Our estimates and research show that there are around 280 startups in Bangladesh. An overwhelming 90 percent of these are based in the capital Dhaka, with a handful in Chittagong and Sylhet. There is also an over representation of software development (65) and ecommerce (60) companies in the ecosystem.

Given the wide popularity of engineering education, it makes sense that there are so many software development firms in the country. Boosted by the government’s push toward ICT through projects like Leveraging ICT and Digital Bangladesh, it provides a lot of opportunities for software developers as both the private and public sectors move toward digitization. The prevalence and success of ecommerce startups in Bangladesh has been previously covered both here on Tech in Asia and others, and is a symptom of both the burgeoning middle class and a savvy young population who prefer the convenience of online shopping. With a retail industry estimated to be worth US$16.8 billion and the national supermarket turnover reaching almost US$1 billion, this is definitely a lucrative industry to be in. The Ecommerce Association of Bangladesh, a.k.a. e-CAB, which plays a big role in supporting the local landscape, estimates that there are 500 ecommerce stores and 2,000 Facebook shops in the country. The ecommerce sector also includes companies that act as enablers, such as payments and logistics providers. In short, this is a very robust sector of technology in Bangladesh, which no doubt has contributed greatly to the country’s recent economic growth.

Despite the overrepresentation, there are also innovative startups that are solving interesting problems in other sectors. These sectors, which consist of healthtech (16), fintech (15), transportation (14), edutech (14), and media/content (13), represent some of the people’s most pressing needs and demands. For instance, traditional healthcare in Bangladesh still lags behind in terms of service quality, accessibility, reliability, and authenticity. It is promising to see companies like Doctorola, which removes inconvenient waiting times at clinics, or Maya Apa, which makes health information easily accessible to women. Similarly, the other sectors mentioned are using technology to take on common pain points, such as serving the unbanked, providing safe and reliable transportation, improving quality and access to education, and providing content to more people in convenient formats.

What does the future hold?

It is fair to say that to be a successful founder in Bangladesh, you have to be extremely savvy and context-aware. In unique markets like this, cookie-cutter approaches are unlikely to succeed without addressing the local context and problems from the very beginning. And indeed, the majority of the startups in this country are extremely conscious of this, which is why you don’t see as many clones. Ecommerce does and will continue to play a big role in the ecosystem. Over time, we may see the number of ecommerce stores, of which there is an excess, reduce to a quality few; in turn, we may see increases in the number of ecommerce enablers. It will be heartening if more individuals from software development agencies can use their skills to create innovative companies and solutions. The five emerging sectors mentioned above does point toward a maturation in terms of the diversity of startups. Hopefully, as more funding becomes available, aspiring founders and innovators may be more open to taking risks in the startup world. One thing that echoed throughout our research is that many founders still think there is a lack of mentorship in the startup community. Thankfully, Bangladeshis who have worked in Silicon Valley and other tech scenes abroad are getting more involved. This includes people like Sajid Islam (founder of co-working space Hubdhaka) and Zakaria Swapan (founder of Priyo.com). Another thing that could potentially boost the ecosystem is community spaces, which could be coworking spaces, universities, or even cafes. Hubs like these are known to generate innovative collaboration, which is just what the tech industry needs at the moment. They will also help form networks between established players and new rising stars.

In short, Bangladesh is going through a quiet building phase where many startups and individuals are creating interesting solutions to the country’s unique problems. And this is getting noticed, if not by the media, then by investors. It will possibly take a few more years for Bangladesh to become a fully developed and interconnected ecosystem, but those on the ground are working hard to make sure it happens.

[The Article has been written & published by Fariha Imran who is a startup analyst based in Singapore.]