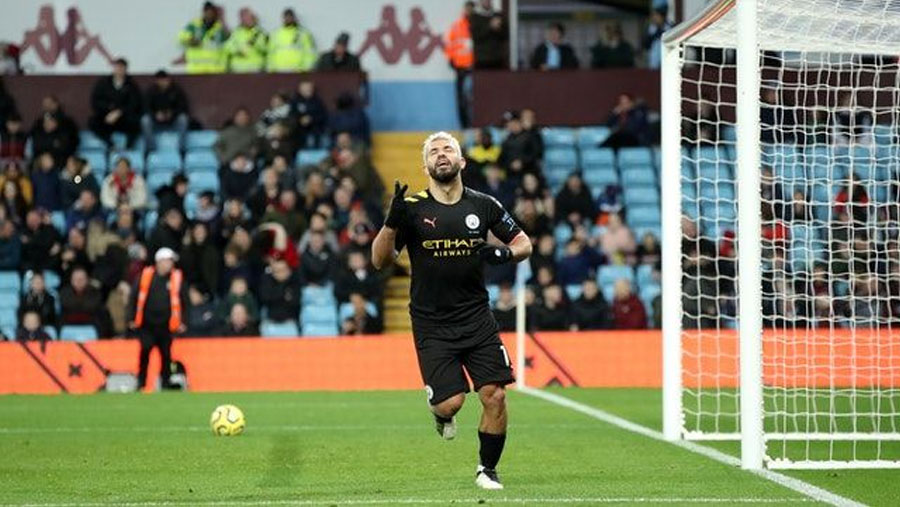 The Argentine moved level - and then past - Thierry Henry, before joining Frank Lampard on 177 goals in England's top flight.

Only three men - Alan Shearer, Wayne Rooney and Andy Cole - are still ahead of him on the all-time Premier League list. Aguero's number of hat-tricks is a Premier League record.

It was part of a merciless Man City performance as they took apart a Villa side who were suffering their worst defeat since Liverpool beat them at 6-0 at Villa Park in February 2016 and have dropped into the relegation zone.

The result leaves City second, the highest position they have occupied following a full round of matches since the beginning of November, although they remain 14 points behind leaders Liverpool, having played a game more.