Govt working to bring all under internet coverage, says Joy 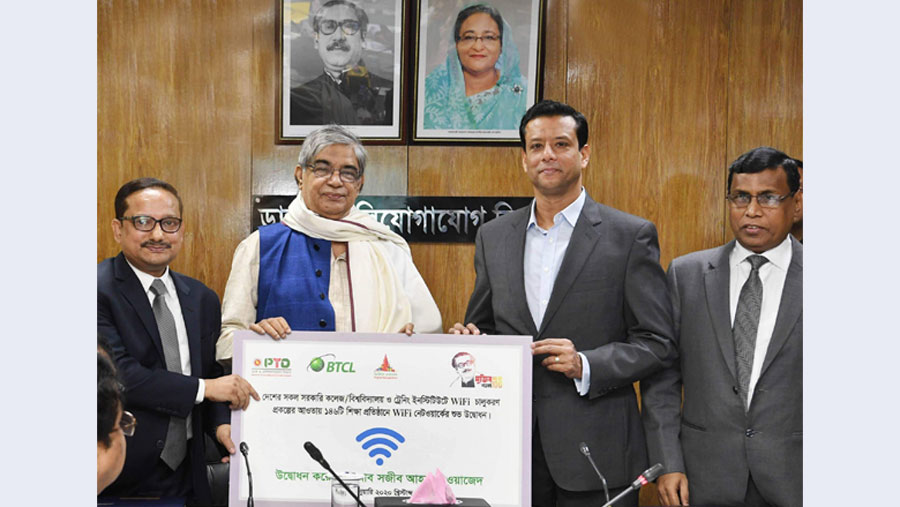 Prime Minister’s ICT Affairs Adviser Sajeeb Wazed Joy on Sunday (Jan 12) said the government has been working to bring the country’s all people under internet coverage.

“When we began the journey of Digital Bangladesh, only 0.3 per cent people had internet connection. Today, 60 per cent people are enjoying internet facilities,” he told the launching ceremony of WiFi zone at different government educational institutions in the country at Posts and Telecommunications Division conference room.

On the occasion, 10 Mbps (megabits per second) WiFi facilitates have been launched at 146 government colleges and universities of the country including the capital Dhaka under the “Installation of optical fiber cable Network at all govt. college or university and training institute project” of Bangladesh Telecommunications Company Limited (BTCL).

The PM’s adviser said the government has brought 10 crore people under internet coverage in the last 10 years.

Noting optical fiber cable is being brought to union level, Joy said the Bangladesh Awami League government will continue its efforts to bring the country’s all 16 crore people under internet facilities.

Joy said the government is launching WiFi zone at government educational institutions as per the demand of the young generation.

The BTCL project was adopted in 2018. Under the project, a total of 587 institutions will be brought under high-speed WiFi facilities.

In phases, WiFi facilities will be provided to private colleges, universities and later schools and other educational institutions as well.