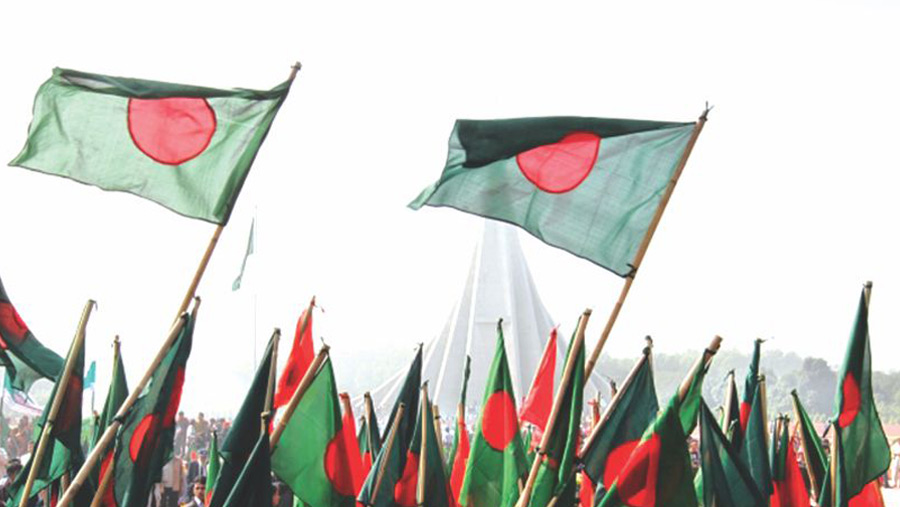 The nation is set to celebrate the 49th Victory Day, the most precious day of the Bangalee people, as the country was liberated from the Pakistani occupation forces on the day 48 years back after a nine-month-long bloodstained War of Liberation.

On Dec 16 in 1971, Bangladesh was born as an independent country under the leadership of Father of the Nation Bangabandhu Sheikh Mujibur Rahman at the cost of supreme sacrifice of three million people, and the honour of nearly half a million women.

This year, the Victory Day is set to be celebrated ahead of the two greatest historic episodes of Bengali nation — one is the birth centenary celebrations of Father of the Nation Bangabandhu Sheikh Mujibur Rahman in March 2020-2021, and another one is the golden jubilee of independence of Bangladesh, which will celebrated in 2021.

Different socio-political, educational and cultural institutions and organisations have chalked out a series of programmes to celebrate the nation’s glorious victory over the Pakistani occupation force.

The government has taken elaborate programmes to celebrate the Day at the national level.

The programmes include a 31-gun salute, placing of wreaths at the monuments and Shaheed Minars erected to pay homage to martyrs, hoisting of the national flags atop all government, semi-government and private offices as well as offices of autonomous bodies across the country, decorating city streets with miniature national flags and colourful festoons, and illumination of important buildings and establishments, roads and street islands at night.

President Md. Abdul Hamid and Prime Minister Sheikh Hasina will pay rich tributes to the martyrs of the Liberation War by placing wreaths at the National Mausoleum at Savar with the rise of the sun.

They will be followed by the freedom fighters and their family members, foreign diplomats, leaders of Awami League and different political and social organisations and people from all walks of life.

PM Sheikh Hasina will pay glowing tribute to Father of the Nation Sheikh Mujibur Rahman by placing wreath at the portrait of Bangabandhu in front of Bangabandhu Bhaban at the historic Dhanmondi 32 road in the city.

Bangladesh Awami League and its associate bodies, different educational institutes and socio-cultural and professional organisations will also pay homage to the supreme leader of the War of Liberation by placing garlands at his portrait.

The day is a public holiday. National dailies will bring out special supplements on the occasion.

The state-owned and private televisions and radios will broadcast month-long special programmes highlighting the Liberation War.

Receptions will be accorded to freedom fighters and family members of martyrs at city, district and upazila levels.

Special prayers will be offered in mosques and other places of worship, seeking eternal peace of the departed souls of the martyrs of Liberation War and peace, progress and prosperity of the country.

Improved diets will be served to inmates of jails, hospitals, orphanages and vagrant homes across the country.

Destitute children will be allowed to visit children’s parks and other recreational centres across the country free-of-cost.

Marking the Day, Bangladesh Awami League will organize two-day long programme. As a part of its programme, national flag will be hoisted at Awami League central office, Bangabandhu Bhaban and all AL offices across the country with the rise of the sun.

Awami League leaders will offer fateha at the grave of Bangabandhu at Tungipara in the morning. Special Doa and Milad Mehfil will also be held.

A discussion will be organised on Dec 17 at Bangabandhu International Conference Center (BICC). PM Sheikh Hasina will preside over the discussion.

Besides, ‘Bijoy-Mancha’ (stage of victory) will be built at upazila and district levels across the country from Dec 16, where discussion on history of the Liberation War, photo and film exhibition, documentary, songs on liberation war and cultural programmes will be held.

Bangladesh missions abroad will observe the day through various programmes.

Earlier, in 2017, the celebration had reached a new height following the UNESCO’s recognition of Bangabandhu’s historic Mar 7 Speech as a part of the world’s documentary heritage.

On Oct 30, 2017, the UNESCO announced the prestigious acknowledgement of one of the world’s most glorious speeches, through which Bangabandhu effectively decelerated the country’s independence in a mammoth public rally at Ramna Racecourse ground (now Suhrawardy Udyan) in Dhaka on Mar 7, 1971.

The speech inspired the Bengali nation in their quest for freedom, and energised freedom loving people for freeing the country through War of Liberation.