Bayern bounces back to rout Bremen 6-1 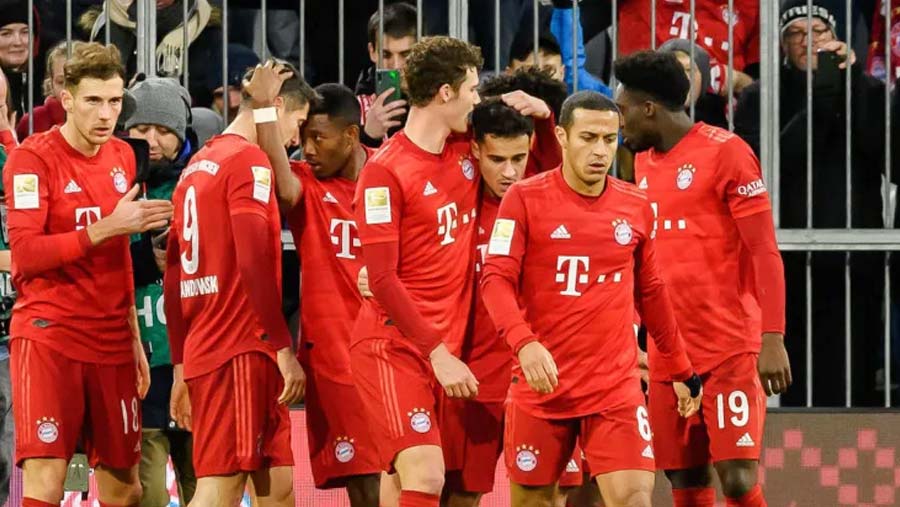 Philippe Coutinho has finally lived up to Bayern Munich's high hopes for the Brazil playmaker. Coutinho scored a hat trick and set up two more goals to help Bayern end  its two-game losing run in the Bundesliga with a 6-1 rout of Werder Bremen on Saturday (Dec 14).

"That was his game," said fellow goal-scorer Robert Lewandowski, who grabbed two.

Substitute Thomas Muller scored the other goal as Bayern bounced back from successive 2-1 defeats to Borussia Monchengladbach and Bayer Leverkusen.

Bremen's visit came just at the right time for the seven-time defending champion.

Bremen had lost its previous 20 competitive games against Bayern, 17 in the league and three in the German Cup.

Elswhere, Leipzig went top with a 3-0 win at Fortuna Dusseldorf in the visitors' sixth consecutive win.

Patrik Schick opened the scoring early, Timo Werner added a penalty and Nordi Mukiele completed the scoring as Leipzig moved two points clear of Gladbach, which can reclaim the lead with a win at Wolfsburg on Sunday.

Jurgen Klinsmann claimed his first win in charge of Hertha Berlin thanks to Vladimir Darida's rocket inside the left post for a 1-0 home victory over high-flying Freiburg.

Darida let fly from outside the penalty area to decide a lackluster game in the 53rd. It was Hertha's first win in six league games.

Cologne defeated nine-man Bayer Leverkusen 2-0 in the Rhine derby and Union Berlin was held to a 1-1 draw at Paderborn.