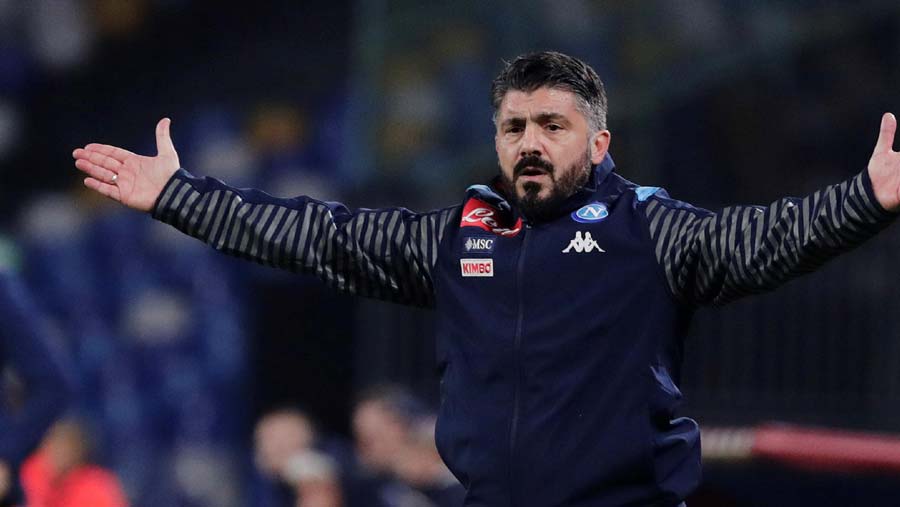 Gennaro Gattuso's debut as Napoli coach ended in a 2-1 injury-time defeat to Parma on Saturday (Dec 14) as last season's Serie A runners-up extended their winless run to eight league games.

Gennaro Gattuso suffered defeat in his first game in charge of Napoli at home to Parma thanks to a stoppage-time winner from Gervinho.

Napoli drop to eighth and are now without a win in eight Serie A matches.

Ancelotti was "sacked" on Tuesday evening, less than three hours after he guided them into the Champions League knockout stages with a 4-0 victory over Genk.

The 60-year-old former Chelsea boss has been linked with the managerial vacancies at Arsenal and Everton.