Miles to rock Dhaka on Dec 24 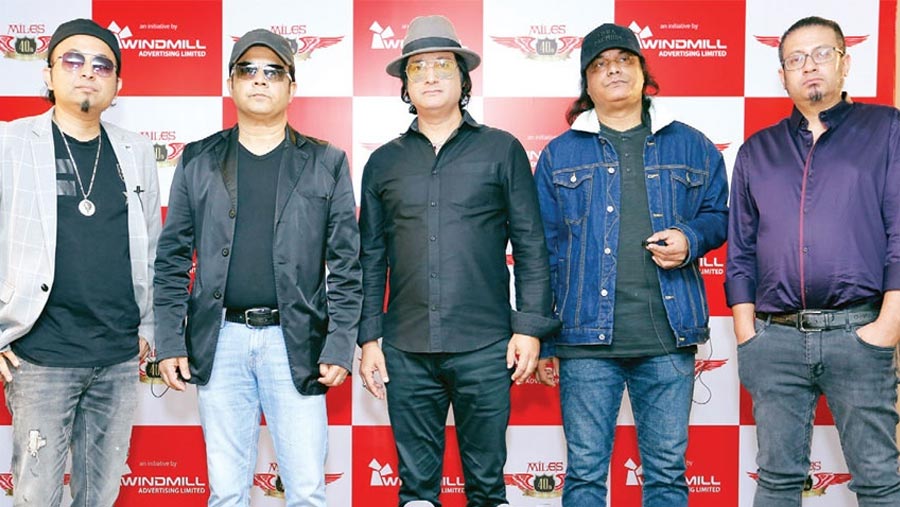 Marking their 40th anniversary, Miles already performed in 28 concerts in the USA, Canada and Australia in the last five months. Now, the final show of the series is set for Dhaka audience on Dec 24.

Popular Bangladeshi band Miles is going to perform at a gala concert in celebration of its 40th anniversary. The concert will be held at International Convention City Bashundhara (ICCB) in Dhaka on Dec 24.

Windmill Advertising Limited, the organizer of the event, is preparing for it in full swing and are taking an all-out preparation to make the concert a successful one.

Windmill made the announcement about the the gala concert over a dinner party in Dhaka, in the presence of members of Miles and related officials.

Members of Warfaze, Vikings, Maqsood 'O Dhaka, and Feedback were present at the event, along with other guests.

Members of Miles band said that they planned to arrange the last concert of Miles by celebrating its 40-year anniversary in Bangladesh.

Other popular bands are set to perform at the event. The organizers have also planned several surprises for fans on that day.

Maqsoodul Haqe, one of the pioneer members of the bands Feedback and Maqsood O’ Dhaka, remarked that every task of Miles, a forty-year-old band of the country, is very well-organized.

"I supported with my friends from the very beginning and will continue to do so in the future," he added.

Sheikh Monirul Alam Tipu of Warfaze said: "The magnitude of labor and sacrifice that is needed for a band to spend forty years together is hard to gauge. It’s a very big deal to keep up the popularity all the time, and keep moving forward. Miles makes it happen. Miles will remain as an inspiration for the beginners; best wishes for them."

Other popular bands of the country will pay tribute to Miles at the concert.