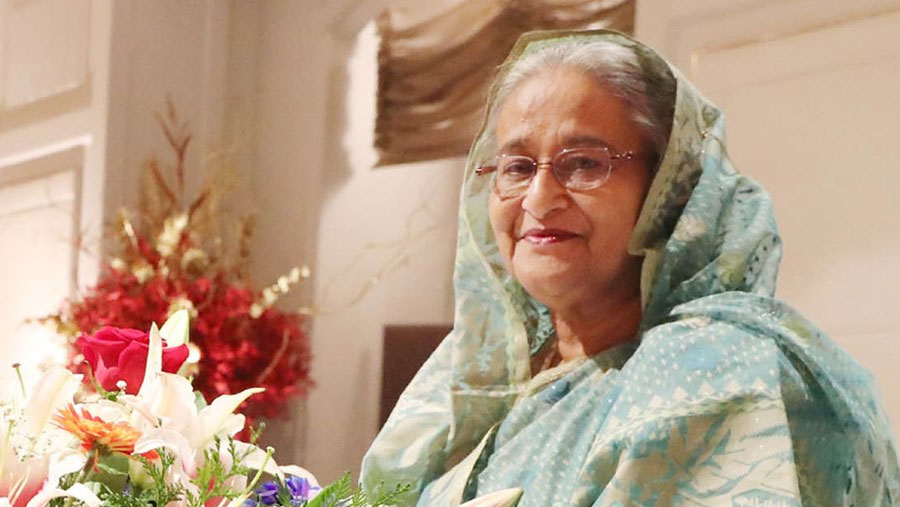 Prime Minister Sheikh Hasina returned home early today after joining the “Heads of State and Government Summit” of the 25th Annual Conference of Parties (COP25) at Madrid wrapping up her three-day official visit to Spain.

The flight took off from the Madrid Torrejon Airport at 9 a.m. (local time) on Tuesday.

Ambassador and Permanent Representative of Bangladesh to the World Tourism Organization Hassan Mahmood Khandker saw the prime minister off at the airport.

The COP25 of the United Nations Framework Convention on Climate Change (UNFCCC) is being held from Dec 2-13 in Madrid under the Presidency of Chile and with logistical support from Spain.

The premier arrived at Madrid on Sunday afternoon.

On Monday morning, the premier attended the inaugural ceremony of the COP25 at Feria de Madrid (IFEMA), the largest exhibition complex in Spain and one of the most important venues in Europe following a bilateral meeting with Dutch Prime Minister Mark Rutte.

She joined a general roundtable titled “National plans to increase ambition by 2020 and a photo session.

Sheikh Hasina attended an official luncheon hosted by the president of Spain in honour of the heads of state and government attending the COP25.

She later joined a dialogue titled “Enhancing Action Together” between governments and civil society.

She joined a reception hosted by the King and the Queen of Spain at Royal Palace on Monday evening.

The PM also attended a community reception in Madrid.