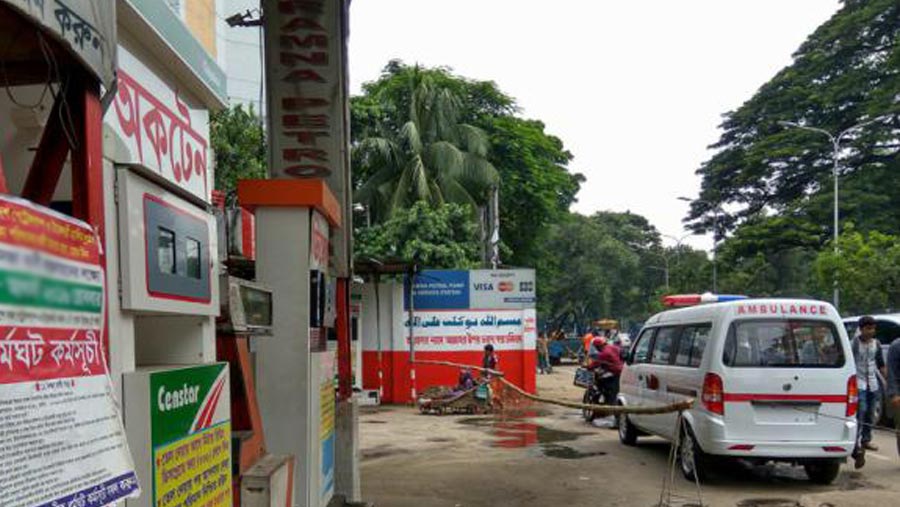 Bangladesh Petrol Pump and Tank Lorry Malik-Sramik Oikya Parishad (An association of petrol pump and tank lorry owners and workers) has postponed its strike in Rajshahi, Khulna and Rangpur divisions till Dec 15 following assurance given by the authorities to fulfill some demands.

The decision was taken at a meeting between Bangladesh Petroleum Corporation (BPC) and the Oikya Parishad leaders at the BPC's Karwan Bazar office on Monday (Dec 2).

The owners of the petrol pump have threatened to go for further movement if their 15-point demands are not met by this time.

The parishad called the indefinite strike on Friday.