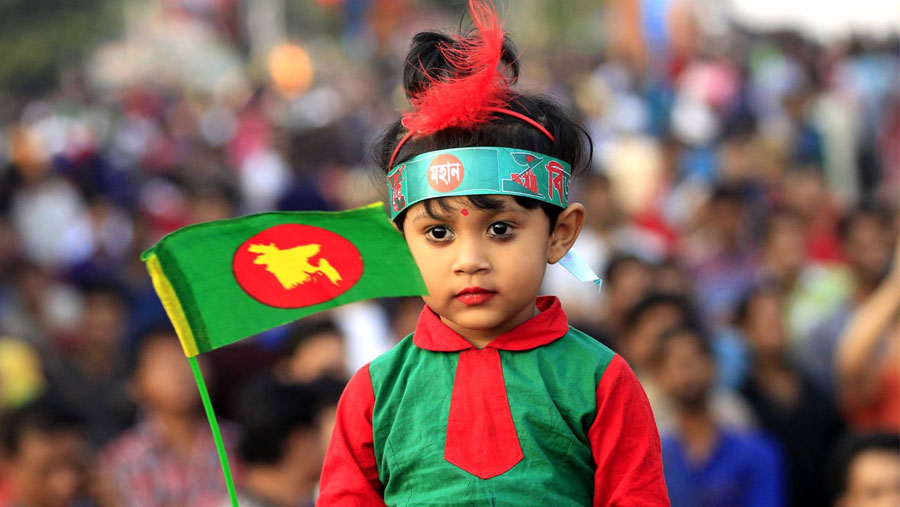 The Month of Victory began today as the nation started to celebrate the historic month with much festivity and enthusiasm amid a series of programmes throughout the month of December.

Forty-eight years back on Dec 16, Bangladesh was liberated from the Pakistani occupation forces after a nine-month-long bloodstained War of Liberation and the supreme sacrifices of three million people and the honour of nearly half a million women.

Different socio-political, educational and cultural institutions and organisations have chalked out numerous programmes to celebrate the nation’s great victory that was achieved under the leadership of Father of the Nation Bangabandhu Sheikh Mujibur Rahman.

The programmes will include placing of wreaths at the portrait of Bangabandhu at the Bangabandhu Memorial Museum at Dhanmondi in capital and processions, discussions, photo exhibition and cultural events.

Different organizations are observing the first day of Dec 1 today as the ‘Freedom Fighters Day’.

Dhaka University teachers, students, officers and employees will take various initiatives on the campus today as part of the Victory Day celebration programme.

Besides, another function titled “First Dawn of Month of Victory” was staged at Hakim Chattar on the Dhaka University campus in this morning under the auspices of ‘Podokkhep Bangladesh’, local media reported.

Different cultural organizations will perform music in the function to mark the day.

To inaugurate month-long programmes, Bangabandhu Porishad will hold a discussion at its central office in Dhaka at 10 a.m. on Monday.

Besides, many other organizations including – ‘Amra Muktijoddhar Shantan’ and the National Freedom Fighters Foundation – will organise various programmes across the country to celebrate the month of victory.

The nation will observe Martyred Intellectuals’ Day on Dec 14 to commemorate those intellectuals who were killed by Pakistani forces and their collaborators during the 1971 Liberation War.

The Victory Day of the country will be celebrated on Dec 16 paying homage to the martyrs for their supreme sacrifice for freeing the country from the misrule and occupation of Pakistani ruler.

On this day in 1971, the commander of Pakistan occupation army, General A A K Niazi, and his 93,000 soldiers surrendered to the allied forces of freedom fighters and Indian army at Ramna Racecourse, now Suhrawardy Udyan, in Dhaka following a defeat in the war of independence that broke out on Mar 25.