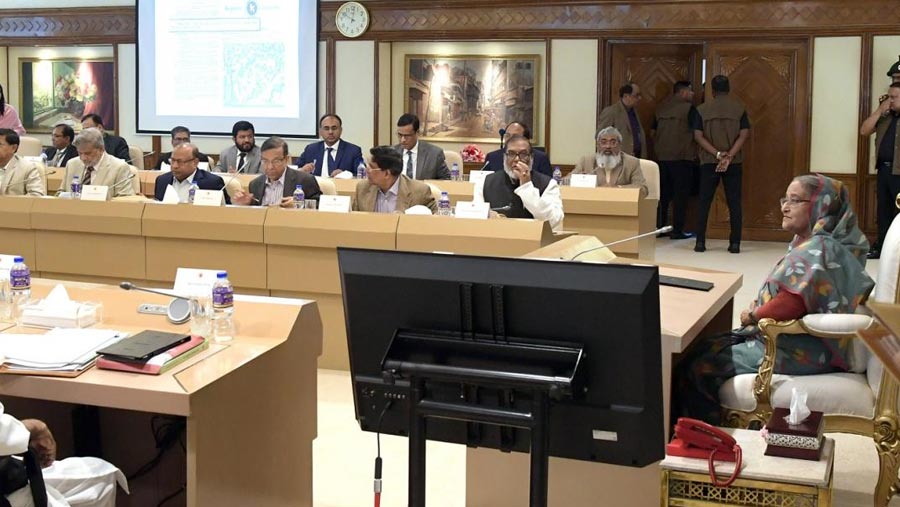 The Cabinet on Monday (Nov 25) approved in principle the draft of ‘Territorial Waters and Maritime Zone (Amendment) Act 2019’ aimed at unlocking huge potentials of the blue economy and checking crimes, particularly piracy on the sea. The approval came from the regular Cabinet meeting held with Prime Minister Sheikh Hasina in the chair at her office in Dhaka.

“The Foreign Ministry brought the proposed law before the Cabinet for its approval in accordance with various sea related international laws and conventions,” Cabinet Secretary Khandker Anwarul Islam told a news briefing at the Secretariat after the meeting, local media reported.

The country’s top bureaucrat said if the law is enacted, the rights of Bangladesh for exclusive economic zone over 200 nautical miles and its sovereign rights over 350 nautical miles in the continental shelf of the sea will be established.

Under the 1982 United Nations Convention of the Law of the Sea, all coastal countries are granted sovereign right to stretch of sea extending 200 nautical miles beyond their coast, which is known as exclusive economic zone.

The proposed law has suggested capital punishment for murder while committing robbery and other sea related crimes, he said.

As per the proposed law, the highest punishment for robbery is life-term imprisonment, while 14-year imprisonment will be awarded for abetting such crimes, he said.

The cabinet also gave approval to the proposal for ratification of “The Kigali Amendment to the Montreal Protocol.”

In 2016, the amendment was brought to the protocol in Ruanda for the phase-down of hydrofluorocarbons (HFCs) by cutting their production and consumption.