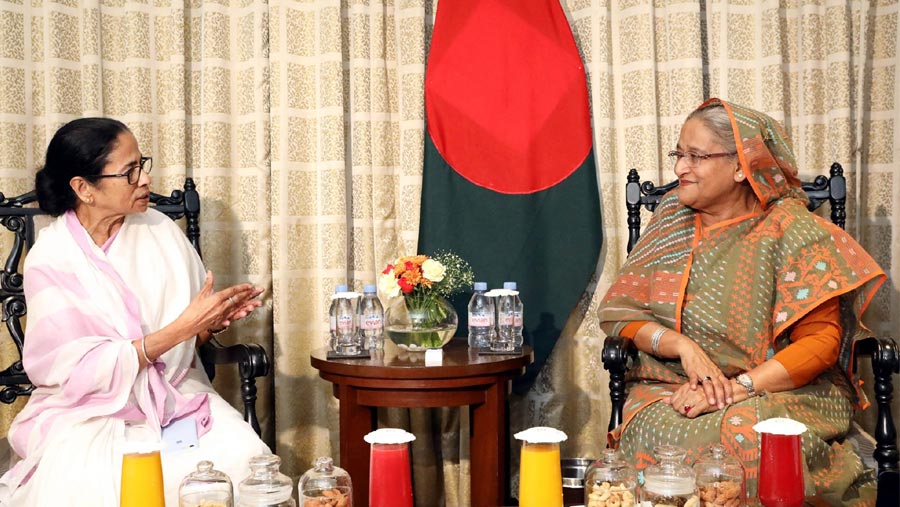 “There is a huge demand of bicycles in West Bengal and Bangladesh can avail the opportunity by exporting it to West Bengal” she said while paying a courtesy call on Prime Minister Sheikh Hasina at Hotel Taj Bengal.

After the meeting, Foreign Minister A K Abdul Momen briefed reporters about the outcome of the meeting, local media reported.

Mamata Banerjee made two proposals. Firstly, she said, Bangladeshi entrepreneurs can set up bicycle industries in joint ventures in West Bengal, and to facilitate such move her government will allocate land for them.

Secondly, the Bangladeshi investors can set up such industries in Bangladesh’s bordering areas, Mamata said adding that it will reduce transportation cost to a great extent.

The Foreign Minister said the West Bengal Chief Minister put emphasis on cooperation between Bangladesh and West Bengal in the fields of education, healthcare and industries.

The PM informed Mamata Banerjee of social safety net programmes. Sheikh Hasina also highlighted various steps of her government for development of education in the country.

At the beginning of the meeting, they exchanged greetings, the Foreign Minister said. He said that the West Bengal Chief Minister thanked the Bangladesh PM for visiting Kolkata to watch the historic day night test match between Bangladesh and India at Eden Gardens.