7 of a family killed in Chattogram gas pipeline explosion 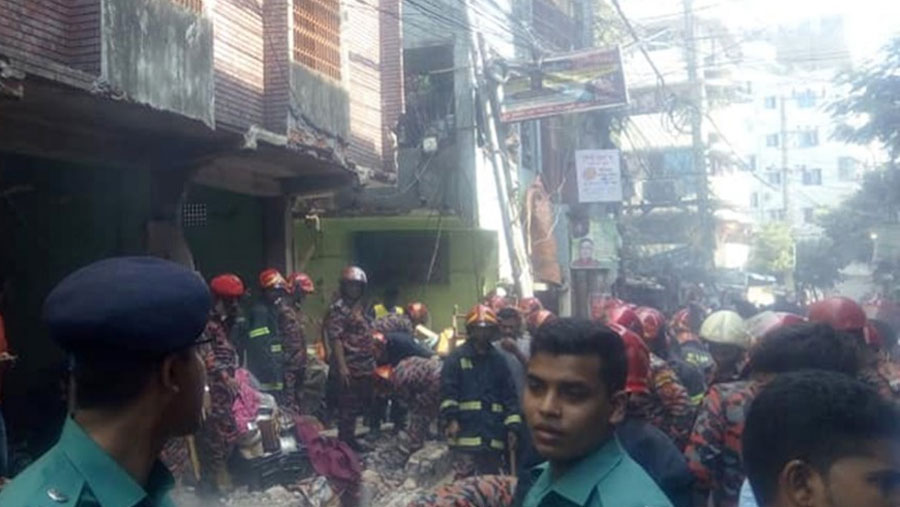 At least seven people including a child of a family were killed and 15 others injured in a suspected gas pipeline explosion in a house in Chattogram city’s Patharghata area this morning, local media reported citing police authority.

Identities of the deceased could not be known immediately.

The gas pipeline is presumed to have exploded on the ground floor of a building in front of five-storey Barua Building in Patharghata Brick Field Road area at about 8.50 a.m., officer-in-charge (OC) of Kotwali Police Station Mohammad Mohsin told media.

The blast blown the walls of the building off, killing seven people on the spot and injuring another 15, the police official quoted eyewitness as saying.

The injured persons were whisked off to Chattogram Medical College Hospital, he added.

The effect of the explosion also caused damage to a nearby building gate, a portion of wall of Barua building and a stationary microbus at its garage, eyewitness said.

After being information, police and firefighters rushed to the scene to carry out the rescue operation.