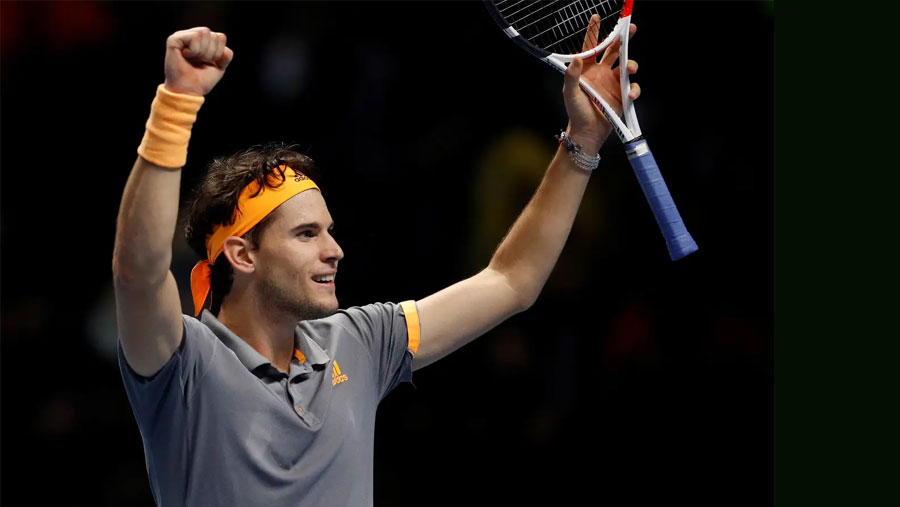 Dominic Thiem beat defending champion Alexander Zverev on Saturday (Nov 16) to join Roger Federer’s conqueror Stefanos Tsitsipas in the final of the ATP Finals in London. The Austrian fifth seed saw off the big-serving German 7-5, 6-3 after Greece’s Tsitsipas, making his debut at the tournament, had earlier beaten Federer 6-3, 6-4.

Stefanos Tsitsipas will play Dominic Thiem for the title at the ATP Finals on Sunday after beating six-time champion Roger Federer in London.

Swiss Federer, 38, was aiming for a record-extending seventh title but was undone by the nerveless Tsitsipas, just as he was at January's Australian Open.

Thiem, 26, and Tsitsipas will be competing in their first final at the season-ending tournament and aiming for the biggest title of their careers.

Asked what fans could expect from the final, Thiem replied: "A one-handed back-handed final, I guess! We are both offensive players, he is very attractive to watch, I love to watch him and I am looking forward to playing him again."

Tsitsipas is the youngest finalist since Juan Martin del Potro in 2009, while it will be just the third final since 2002 not to include Federer, Novak Djokovic or Rafael Nadal.

Federer was supreme in beating great rival Djokovic to reach the semi-finals on Thursday but was well below his best on this occasion and was left rueing a host of missed opportunities on crucial points.