48 entrepreneurs to get CIP status 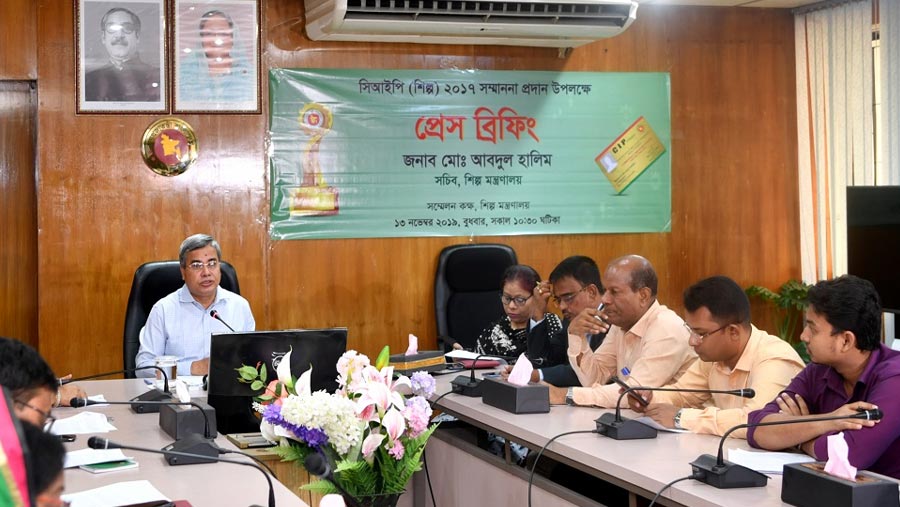 A total of 48 entrepreneurs of the industrial sector would be awarded with commercially important person (CIP) cards for their outstanding performances in their respective fields in 2017. Industries Secretary Md Abdul Halim on Wednesday said this media at a press conference at the Industries Ministry in the city, local media reported.

He informed that Industries Minister Nurul Majid Mahmud Humayun will hand over the CIP cards among the awardees at a function to be held at Sonargaon Hotel in the capital on Nov 20.

Prime Minister’s Private Industry and Investment Affairs Adviser Salman Fazlur Rahman, State Minister for Industries Kamal Ahmed Mojumder, and President of the Federation of Bangladesh Chambers of Commerce and Industry (FBCCI) Sheikh Fazle Fahim are expected to be present as special guests at the function.

Abdul Halim said that out of the 48 entrepreneurs, 42 will receive the status for their outstanding performances in eight categories while six will get the status under the ex-officio category.

“The CIP card holders enjoy various facilities include priority in seat reservation at government transports in air, road, rail and waterways, getting invitation at national events and letter of introduction from foreign ministry for getting visa to visit aboard,” he also said.

“Some 35.14 percent contribution of industries sector in GDP increased in the last 2018-19 fiscal year. The government aimed to increase the contribution of the sector up to 50 percent by 2041. So we all have to work together,” he added.