Nadal fights back as Tsitsipas advances 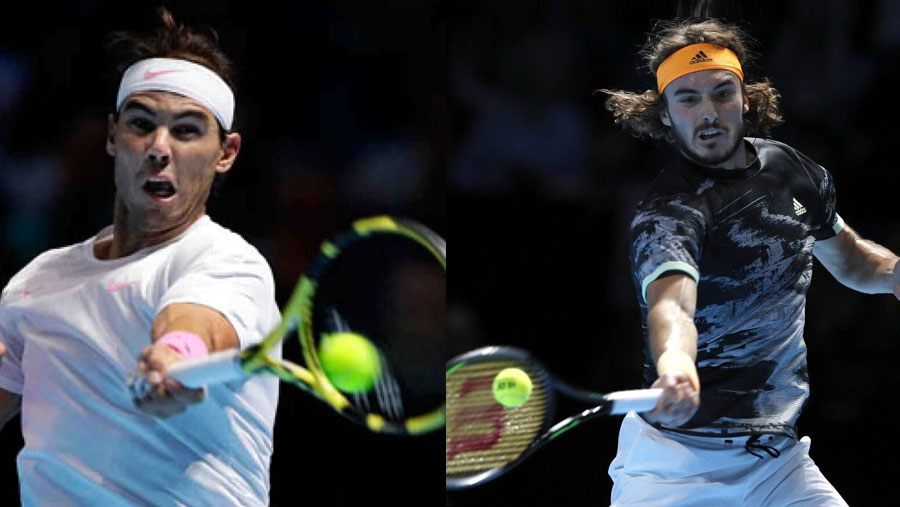 Stefanos Tsitsipas reached the semi-finals of the ATP Finals, while Rafael Nadal produced a stunning comeback to boost his hopes of joining him.

Tsitsipas, 21, making his debut at the event, dominated defending champion Alexander Zverev in a 6-3 6-2 win.

The Spaniard must beat Tsitsipas on Friday to have a chance of advancing.

Nadal, who is also looking to keep hold of the world number one ranking, could have been eliminated on Wednesday had he lost and his fate is still not in his own hands as he also needs Medvedev to beat Zverev in their match on Friday.

Nadal, 33, admitted he got "super lucky" to beat the Russian.