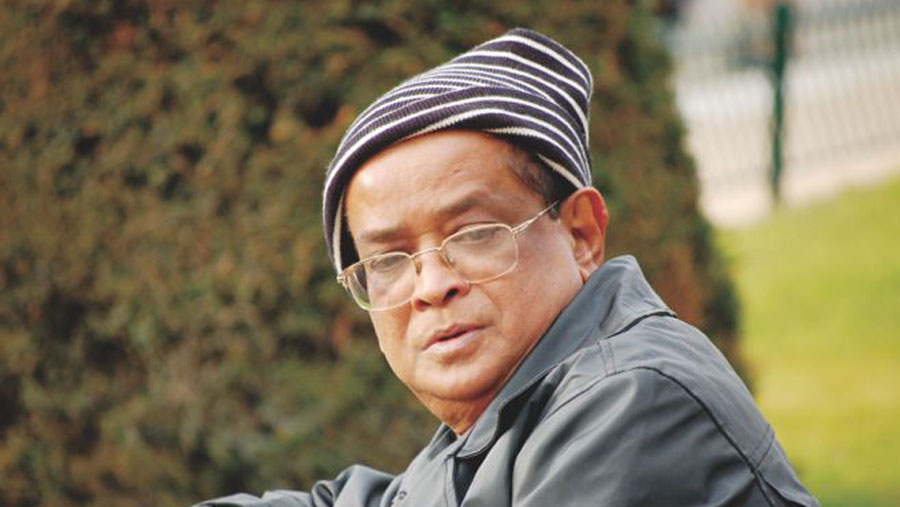 The 71st birth anniversary of legendary writer, author, screenwriter, playwright and filmmaker Humayun Ahmed was celebrated on Wednesday (Nov 13). Meher Afroz Shaon, wife of the late author, along with their two sons, relatives and fans cut a birthday cake at Nuhash Palli in Gazipur in the morning. They also paid homage to him placing wreaths at his grave, local media reported.

Talking to reporters, Shaon said a museum will be built in Nuhash Palli in the name of Humayun Ahmed. “The site and design have already been finalised.”

She also said the plan to establish the Humayun Ahmed Cancer Hospital cannot be materialised for lack of entrepreneurship.

Meanwhile, fans paid respects to their beloved author at the Nuhash Palli throughout the day. Besides, different cultural organisations along with TV channels, radio stations and print media celebrated the birth anniversary through various events.

He wrote over 200 fiction and non-fiction books, all of which were bestsellers in Bangladesh and are still popular among his readers. His books were the top sellers at the Ekushey Book Fair during the 1990s and 2000s.

For his majestic writing, he won many prestigious awards, including country’s highest honor Ekushey Padak (1994) award, and Bangla Academy Literary Award (1981), for his contribution to Bengali literature.

As a prolific filmmaker, he went on to make a total of eight films - each based on his own novels and won seven Bangladesh National Film Awards in different categories for the films Daruchini Dwip, Aguner Poroshmoni and Ghetuputra Komola.

Often credited with revitalising Bengali literature, Humayun Ahmed is best known for his ‘magic-realism’ based writing.