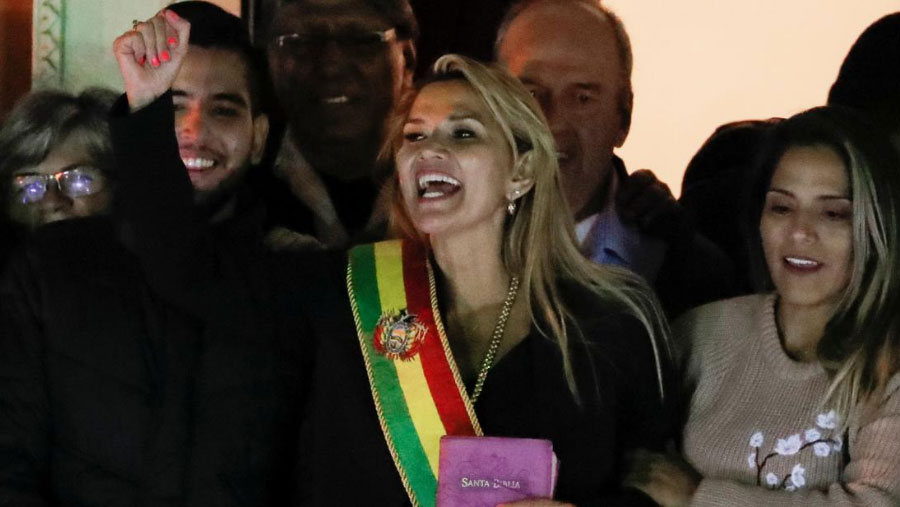 Ms Anez said she was next in line under the constitution and vowed to hold elections soon.

Her appointment was endorsed by Bolivia's Constitutional Court.

Mr Morales has fled to Mexico, saying he asked for asylum there because his life was in danger.

He resigned on Sunday after weeks of protests over a disputed presidential election result. He has said he had been forced to stand down but had done so willingly "so there would be no more bloodshed".