PM stresses industrialization not only depending on agriculture 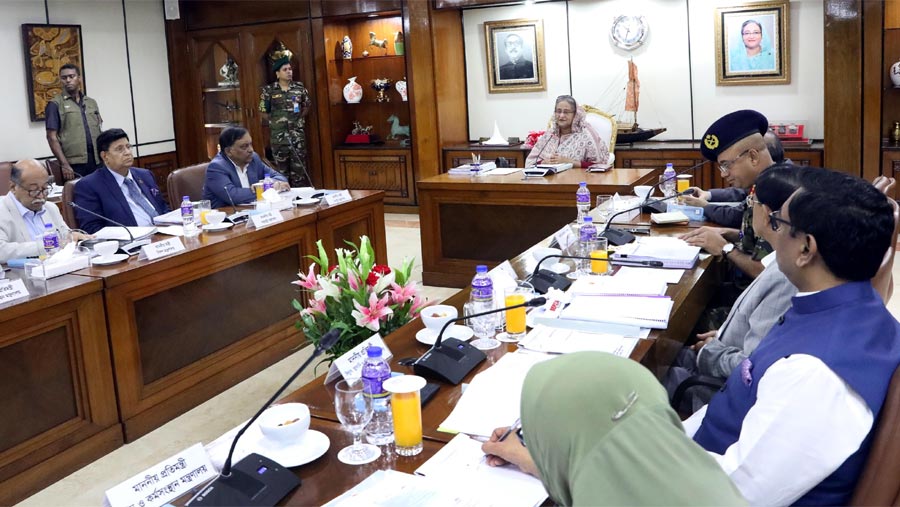 Prime Minister Sheikh Hasina on Tuesday (Nov 12) stressed industrialization not only relying on the agriculture to generate more employment, promote exports and socioeconomic development of the country.

“Since Bangladesh is a country which is largely dependent on the agriculture, we will have to go for industrialization alongside the agriculture to generate more employment, promote exports and ensure socioeconomic development of the people,” she said.

The premier said this while giving an introductory speech at the 34th meeting of the board of governors of Bangladesh Export Processing Zones Authority (BEPZA) at the Prime Minister’s Office in Dhaka. Sheikh Hasina, also chairperson of BEPZA Board of Governors, presided over the meeting, local media reported.

The PM simultaneously put emphasis on giving special attention to increase food production, saying, “We will have a look at the matter that food production doesn’t decrease as the demand for food never ends rather increases with soaring up the population”.

She also asked the authorities concerned to set up industries by taking all initiatives to protect the environment and said, “We’ll have to go for industrialization by protecting environment.”

Praising the role of BEPZA for attracting foreign direct investment and for industrialization, the premier asked for giving further attention to this end

Describing Bangladesh as the most lucrative destination for investment, the prime minister gave credit to the youth work force, prolonged political stability and continuation of the democratic process for this.

She went on saying, “Bangladesh has become the attractive destination for investment as we have been able to maintain political stability, continuation of the democratic process and develop a vast youth work force.”

The premier said, “We need to make youth work force more efficient by giving them with proper training.”

BEPZA’s Executive Chairman Major General S M Salahuddin Islam gave a presentation on the activities of the regulatory body and progress on the implementation of decisions taken in its previous 33rd meeting of the board of governors.