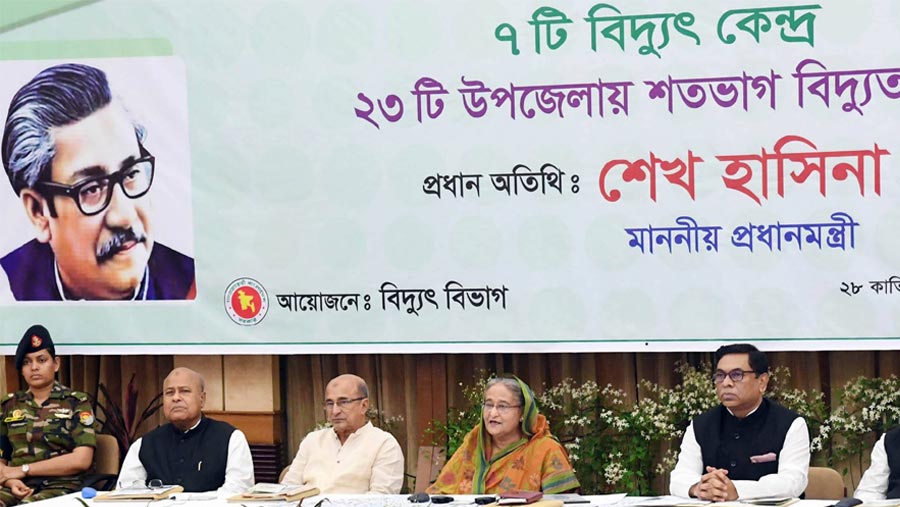 As of today, country's electricity generation capacity reached a total of 22,562MW, while more than 94 percent of the population has come under electricity coverage.

At the same time, Sheikh Hasina also launched cent percent power coverage in 23 upazilas under ten districts of the country.

Besides, Kaliganj and Maheshpur in Jhenaidah district, Karimganj under Kishoreganj, Baraigram, Lalpur and Singra under Natore district, Barhatta and Mahonganj in Netrakona district, Bhandaria, Kaukhali and Indurkani under Pirojpur district are also coming under cent percent electricity coverage from today.

As part of achieving cent percent electricity coverage in the country, BPDB has been implementing massive programmes to increase generation capacity to 24,000MW by 2021 and 40,000 MW by 2030.