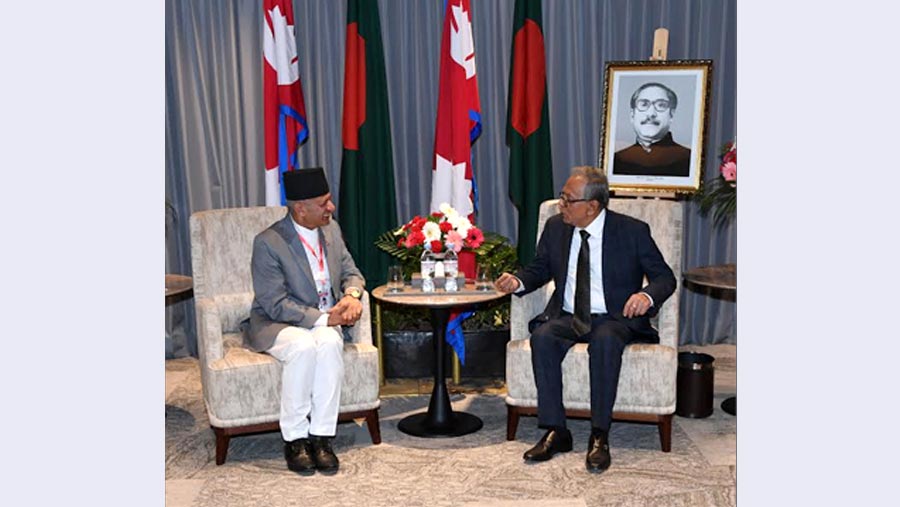 The head of state, who is now on a four-day official visit to Nepal, came up with the assurance when Nepalese Foreign Minister Pradeep Kumar Gyawali on Tuesday paid a courtesy call on him, local media reported.

Expressing his confidence in the Government of Nepal, President Hamid said the country will be successful in implementing the policies for achieving socio-economic prosperity in days to come.

The President congratulated the Nepalese people and political leadership for completing the peaceful transition to democracy and successfully completing all the three tiers of elections (local, provincial and parliamentary) in 2017 and thereby completing the process of implementation of the constitution adopted in 2015.

Stating that Bangladesh attaches great importance to its relations with Nepal which is based on historic linkages and multitude of commonalities, Abdul Hamid said Nepal can expand its trade and commerce by using Mongla Port. The President expressed his gratitude to the people and political leadership of Nepal for extending moral and material support to Bangladesh during the War of Liberation in 1971.

“In 2012 and 2013, Bangladesh honoured 11 distinguished Nepali personalities as “Friends of Bangladesh” for their contribution to our War of Liberation,” President mentioned during the meeting. About the Nepalese students who want to study in different medical colleges in Bangladesh, the President said Bangladesh has given priority to ease the visa process on a long-term basis.

Referring to forcibly displaced 1.1 million Rohingyas, he said it is not the problem of Bangladesh merely rather it has become a regional and global problem as well and this issue should be settled jointly in the greater interest of all.

He stressed on the need to have regular visit exchange at a high level between Bangladesh and Nepal to infuse dynamism and add impetus into the existing cooperation.

The Nepalese foreign minister expressed happiness for President Hamid’s visit to Nepal and said the existing bilateral relation between Bangladesh and Nepal would reach a new height through this visit.

Bangladesh and Nepal will continue their traditionally close cooperation and work together to enhance trade, commerce and investment, he hoped.