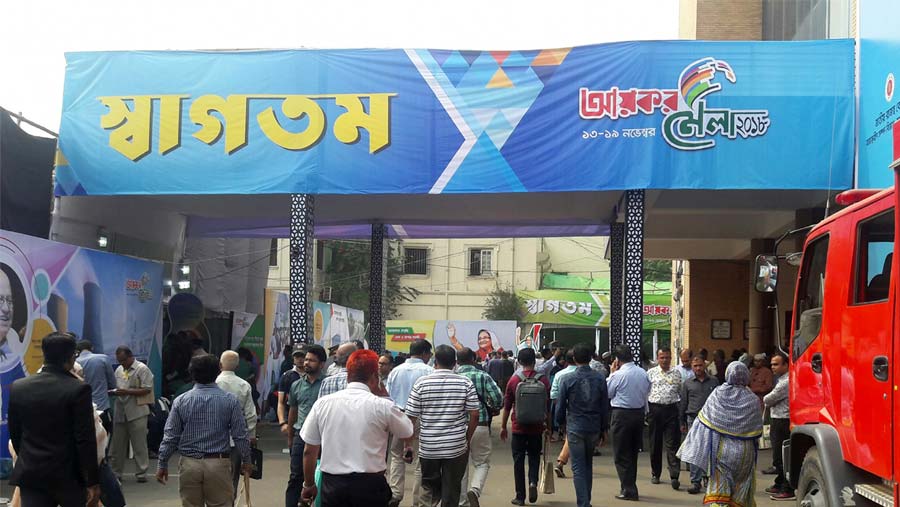 The 10th edition of the week-long Income Tax Fair begins in the country on Thursday (Nov 14) in a bid to create massive awareness among its people on tax as well as to render tax related services. The fair will continue in all the divisional cities including the capital till Nov 20. The fair in the capital would be held on the Officers’ Club premises. The slogan of this edition of the fair is “Shobai Milay Dibo Kor, Desh Hobay Shanirvar”.

A weeklong income tax and motivation fair will begin across Bangladesh from Nov 14. The National Board of Revenue (NBR) is organizing the fair at the Officers' Club in Dhaka, aiming to provide one-stop tax-related services to the taxpayers and a hassle-free environment to submit their tax returns.

The last date for the submission of income tax returns for individual taxpayers has been fixed on Nov 30.

According to the NBR, the fair will be held in divisional headquarters till Nov 20, in all the district towns for four days while for two days in 45 upazilas.

At the upazila level, the fair will held at 57 growth centres for one day.

The NBR organized the tax fair in 32 upazilas for two days last year.

Unlike the previous years, taxpayers will be able to file tax returns and do other related tasks at the fair. Tax officials will extend necessary support in this regard, tax officials said.

Tax officials said there would be dedicated booths at the fairs for e-payment as well as for freedom fighters, women, people with disabilities and senior citizens.

Since its inception, the income tax fair is gaining popularity as it gives an opportunity to people to submit income tax returns at the quickest possible time without the hassle of visiting tax offices, said an NBR senior official.

To remove hassles in paying taxes, the NBR has simplified the income-tax return form, aiming to get a better response from taxpayers as well as to bag more revenues.

Instead of the old eight-page form, the taxpayers from this year will fill up a three-page form. Of the three pages, the first page contains personal information, while the second page will be used for the source of income and the third page gives the scope for scrutiny.

According to sources at the NBR, interest will be imposed on the income tax returns that will be submitted after Nov 30.