President leaves for Nepal on Tuesday 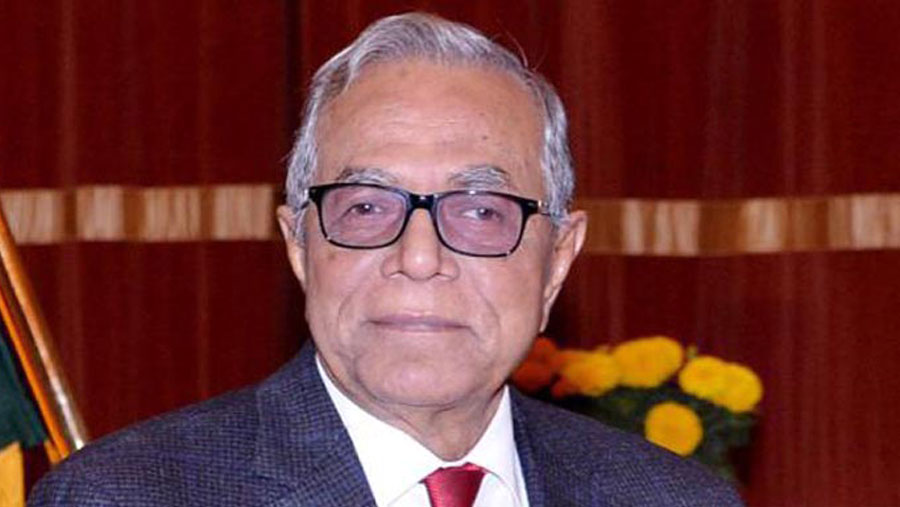 President Md. Abdul Hamid will leave Dhaka for Kathmandu on Tuesday (Nov 12) on a four-day visit to Nepal at the invitation of Nepalese president Bidhya Devi Bhandari. A flight of Biman Bangladesh Airlines carrying the president will take off from Hazrat Shahjalal International Airport.

President Md. Abdul Hamid will pay a four-day state visit to Nepal from Nov 12 to 15.

According to the schedule of the visit, a regular flight of Biman Bangladesh Airlines carrying the President and his entourage will take off from Hazrat Shahjalal International Airport in Dhaka for Nepal Tuesday noon. The flight will land at Tribhuvan International Airport in Kathmandu on the day. Nepalese President Bidhya Devi Bhandari and Ambassador of Bangladesh to Nepal Mashfee Binte Shams will receive President Hamid at the airport.

President Hamid will stay at the Marriott Kathmandu during his visit.

The Bangladesh head of state, during the visit, will meet his Nepalese counterpart. President Bhandari will host a banquet in honour of her Bangladeshi counterpart and his delegation.

The other programmes include courtesy calls by the Nepalese Vice-President, Prime Minister, Chairperson of the National Assembly, and Minister for Foreign Affairs on President Hamid.

Hamid is also scheduled to meet other Nepali political leaders. He will also visit Pokhara and the historical, archaeological and cultural sites in the Kathmandu Valley, the press secretary added.

The President is scheduled to return home on Nov 15.