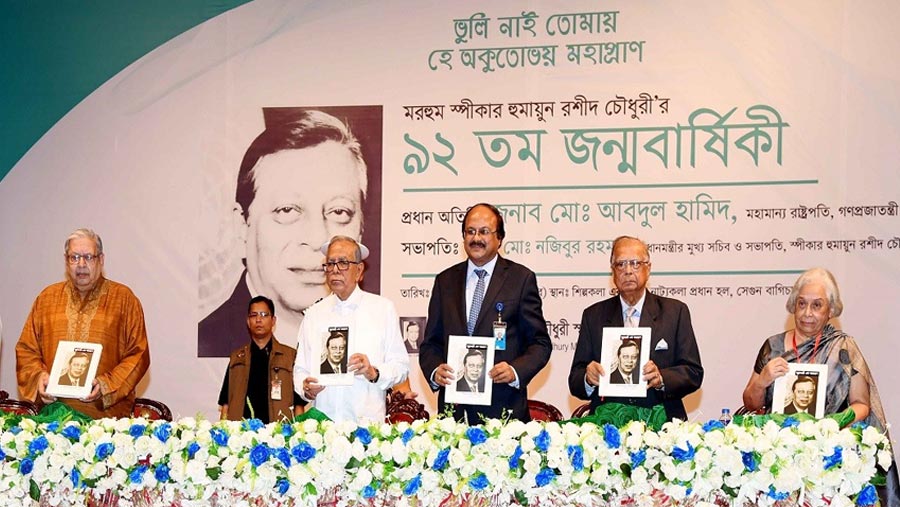 President Md. Abdul Hamid on Monday (Nov 11) urged the politicians to build up a fair and dynamic political environment, saying they must pursue politics for the welfare of mass people.

“A section of politicians is using the politics as a tool of doing business and amassing illegal wealth . . . This culture must be stopped, otherwise, general people will lose their faith and confidence in politicians,” he said.

The head of the state was addressing a memorial discussion on “Former Jatiyo Sangsad Speaker and noted diplomat Humayun Rasheed Choudhury”, marking his 92nd birth anniversary at Bangladesh Shilpakala Academy in Dhaka in the evening, local media reported.

President Hamid said politicians must take the responsibility of building a fair and progressive political environment throughout the country and the politics should be pursued for the welfare of the mass people.

He called upon all political parties and politicians to take pragmatic steps to strengthen democracy and create right and skilled leadership for the next generation.

“If it is possible, the honest, efficient and talented youths will get inspiration in doing politics and common people will honour the politicians as well,” Hamid, also a veteran politician, opined.

Expressing his grave concern over the activities of a section of corrupt politicians, the President said politics is a not a profession through which one can make money and become the owners of houses and cars.

“But now-a-days now it is possible even for a grassroots level leader to become the owner of huge money, houses and cars,” he observed.

President Hamid said the prime aim of doing politics is to ensure welfare of the people and it is very important for a politician to adhere to principles and ideals as the role of leadership is very important in governing the country, nation and party.