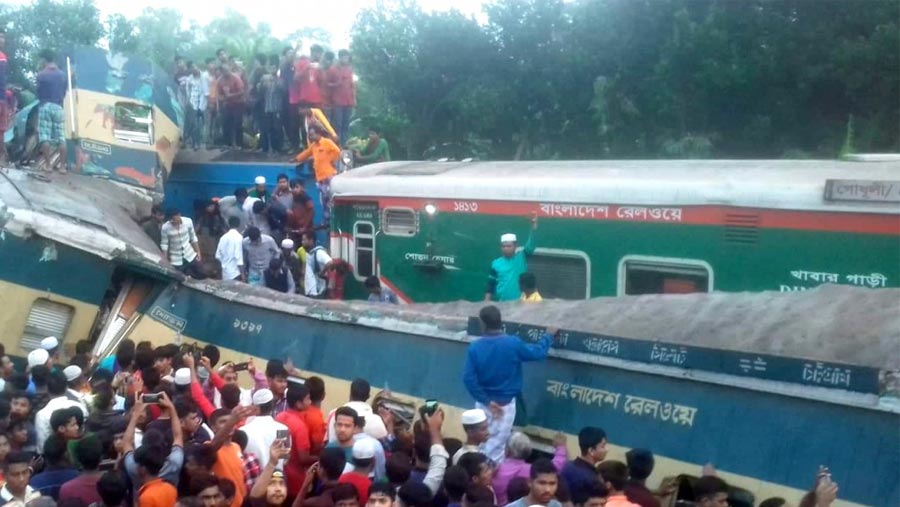 At least 15 people were killed and many others injured as two intercity trains collided in Kasba upazila of Brahmanbaria early today.

At least 15 people were killed in the accident that took place when Udayan Express was changing its track at the station.

At least two coaches of Udayan Express were severely damaged, he added.

“Rescue operation is underway. Death toll may rise as many people are still trapped under the damaged coaches,” the OC said.

Identities of the deceased could not be known immediately.