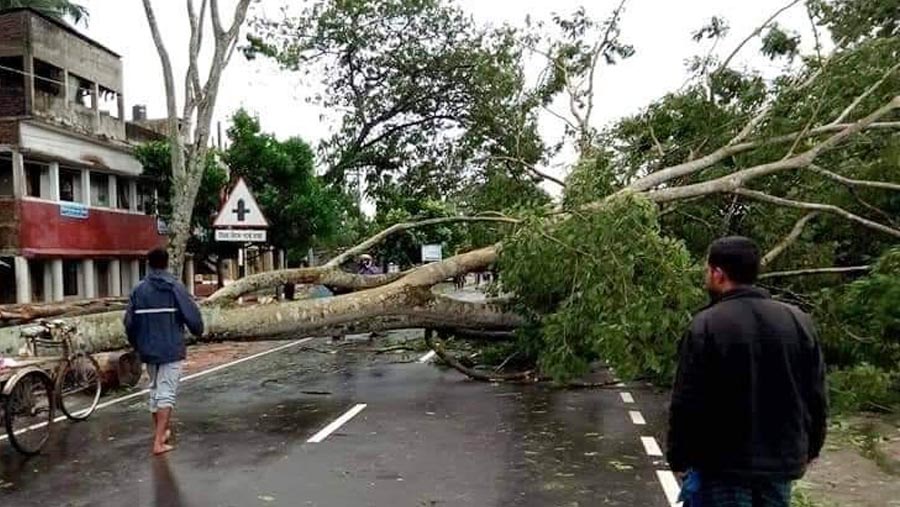 “Bulbul”, described as a “very serious storm”, made its landfall in Bangladesh with weakened force after raving adjacent Indian coastlines. Cyclone “Bulbul” is gradually became weak but it caused heavy rainfall in the coastal districts. The tropical cyclone has turned into deep depression, local media reported citing a met office spokesman.

“Under its influence these coastal districts are witnessing heavy rainfall and we are predicting that weather may be normal in the southern parts of Bangladesh.”

But in the Chattogram region, it will take one more day to become weather condition normal, the meteorologists added. As the cyclone has turned into a depression, it continues weakening for causing heavy downpour, he further predicted.

The deep depression over Bagerhat, Barishal and Patuakhali regions moved slightly east-northeastwards and lies over Barishal, Patuakhali and Bhola regions, a weather bulletin of Bangladesh Meteorological Department said. It is likely to move in a northeasterly direction further and weaken gradually by giving precipitation.

Under the influence of the deep depression, Khulna, Satkhira, Chattogram, Noakhali, Laxmipur, Feni, Chandpur, Borguna, Patuakhali, Barisal, Bhola, Pirozpur, Jhalokathi, Bagerhat, Faridpur, Madaripur and Cumilla are likely to experience wind of 50-60 kph in gusts/squalls with heavy to very heavy falls during the passage of the deep depression.

All fishing boats and trawlers over North Bay have been advised to remain in shelter till Monday (Nov 11) morning, the bulletin added.

The Sundarbans has protected coastal districts of Bangladesh from the wrath of the tropical cyclone“, Dr Abul Kalam Mallik, an official of Bangladesh Meteorological Department told media.

“The mangrove forest has acted as a buffer to save coastlines of the country. Otherwise costal districts would have been severely affected by the cyclone Bulbul,” he added.

After crossing West Bengal-Khulna coast (near Sundarbans), the forward peripheral of the cyclone hit Bangladesh coastlines at around 5 a.m. Saturday morning, Mallik said.

The wind velocity of the cyclone varies in different coastal districts during its crossing, he said.