Di Maria and Icardi give PSG win in Brest 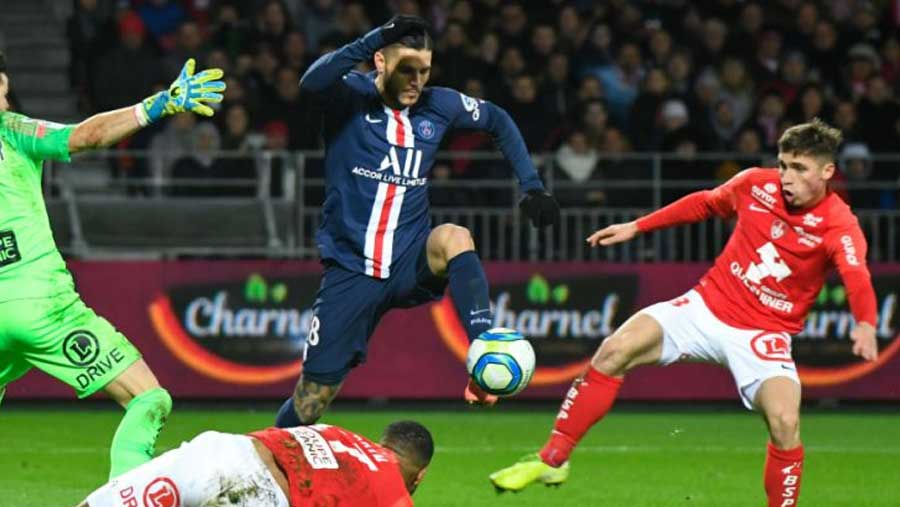 Angel Di Maria and Mauro Icardi both scored for PSG in their 2-1 win vs. Brest.

Mauro Icardi scored a late winner to help Paris Saint-Germain return to winning ways in Ligue 1 with victory at Brest.

PSG, who lost to Dijon last weekend, were heading for a second league game without a win after Samuel Grandsir cancelled out Angel di Maria's opener.

But Icardi capitalised on a defensive mix-up in the 85th minute to give the champions a 10th win from 13 games.

PSG are 10 points clear at the top of Ligue 1, but Angers could cut the lead to seven points later on Saturday (Nov 9).

Argentine Icardi's goal was his ninth in 10 games since joining on loan from Inter Milan in the summer and came just five minutes after coming off the bench.

PSG, who were without forwards Kylian Mbappe and Neymar through injury, also hit the post at 1-0 through Edinson Cavani.