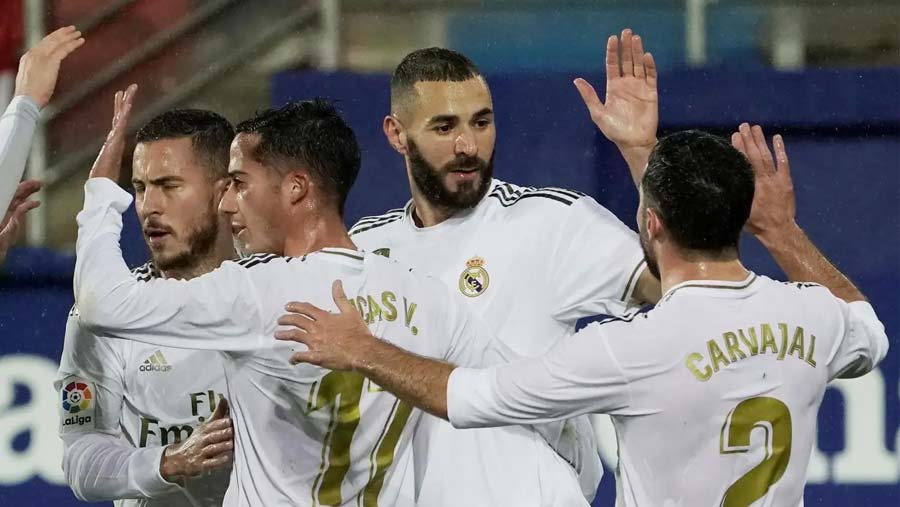 Karim Benzema scored twice as Real Madrid went clear at the top of La Liga by coasting to a 4-0 win at Eibar on Saturday (Nov 9) thanks to a rampant first-half display.

Benzema got Zinedine Zidane's side off to a comfortable start in the torrential rain at Eibar's compact Ipurua stadium, knocking a loose ball into the net in the 17th minute after it had been sprayed across a crowded penalty box.

Real quickly extended their lead with a penalty from Sergio Ramos in the 20th after Eden Hazard had been tripped.

They earned another spot-kick when Lucas Vazquez was felled and Benzema took the ball and calmly tucked it home to net for a fourth time in two games after his brace in Wednesday's 6-0 rout of Galatasaray in the Champions League.

Real were not as ruthless in the second half but still managed to stretch their lead in the 61st minute when Luka Modric teed up Uruguayan midfielder Federico Valverde, who scored his first goal for Real.