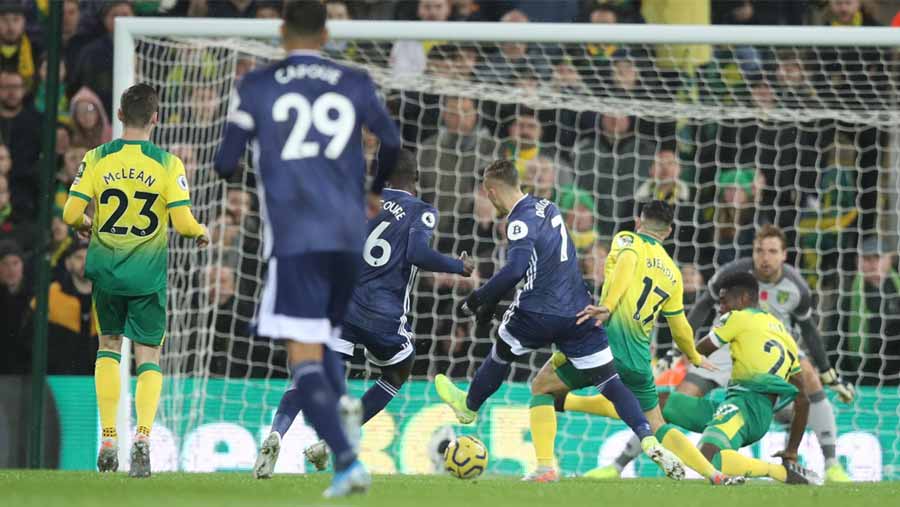 Watford enjoyed their first Premier League win of the season as goals from Gerard Deulofeu and substitute Andre Gray gave them a 2-0 win at Norwich City in a bottom-of-the-table game on Friday (Nov 8).

Watford earned their first Premier League win of the season as they moved off the bottom of the table at the expense of opponents Norwich City.

The Hornets' victory, their first in the top flight since April, means they leapfrog Southampton and the hosts, whose own winless run has now stretched to a seventh game.

Gerard Deulofeu's goal after 76 seconds after some lax defending from Emiliano Buendia set Watford on their way and Andre Gray's close-range flick from a Deulofeu cross secured the points.

But they had to survive for 25 minutes with 10 men after Christian Kabasele was dismissed for his second yellow card.

That provided the hosts with some impetus in the closing stages but Quique Sanchez Flores' side held firm to earn a first league victory since his return to the club.

The Hornets, who have struggled for goals this term, displayed a clinical streak that had until now been absent, scoring with their only two efforts on target.

Norwich have now gone 10 Premier League home games without keeping a clean sheet - a run stretching back to their previous campaign in the top flight - and hold the worst defensive record in the division.