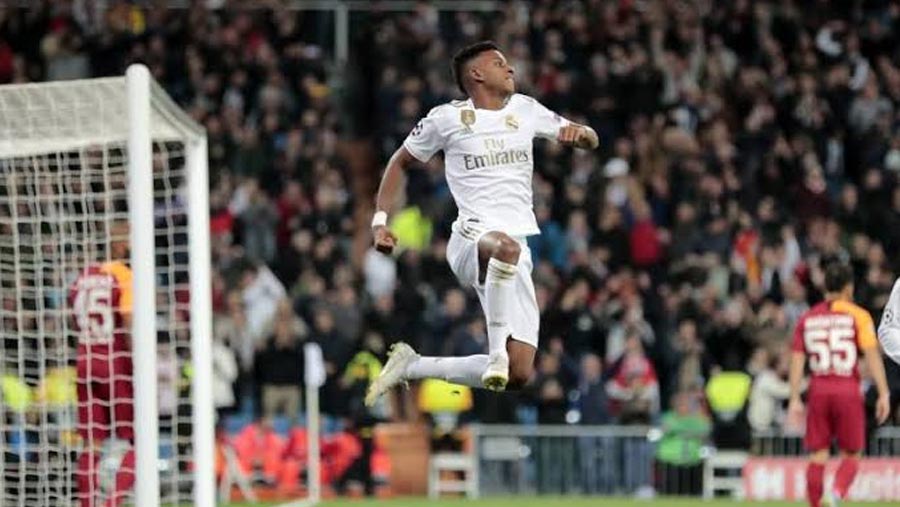 Rodrygo hit a hat-trick and Karim Benzema scored twice as Real Madrid thrashed Galatasaray 6-0 at the Santiago Bernabeu on Wednesday (Nov 6) night to take a big step towards the Champions League knockout stages.

Zinedine Zidane’s side travelled to Istanbul with just one point from their opening two games last month, but secured a hard-fought 1-0 win at the Turk Telekom Arena and took control of this one early on.

Rodrygo, who had made his Champions League debut in that match, gave Real the lead after just four minutes as he chested down a Marcelo cross at the far post, cut back past Mario Lemina and beat Fernando Muslera with a low left-footed shot into the bottom corner.

Three minutes later, he scored a second and again, it was from a Marcelo pass. The left-back sent over a cross and Rodrygo rose to dispatch a powerful header past Muslera.

The game then stopped for a VAR check for a possible penalty after Toni Kroos had gone down under a challenge from Steven N’Zonzi on the edge of the area and after a long wait, the spot-kick was given.

Sergio Ramos stepped up to score it with a Panenka effort and Real were 3-0 ahead inside 15 minutes at the Bernabeu.

Rodrygo turned provider later on, stealing the ball back in Galatasaray’s half and crossing low to give Benzema a simple finish for his first Champions League goal of the season.

That was 4-0 moments before half-time and it was a case of damage limitation for the Turkish champions after the break.

But Madrid continued to attack and Benzema netted his second of the night with another easy finish from a Dani Carvajal cross with nine minutes left.

And Rodrygo was there to seal his hat-trick in added time as he poked home with the last kick of the game to earn an ovation from the Bernabeu as Real closed in on a place in the last 16.

Madrid now have seven points in Group A, leaving them five behind leaders Paris Saint-Germain, but five ahead of Club Brugge and six clear of Galatasaray with two fixtures remaining.