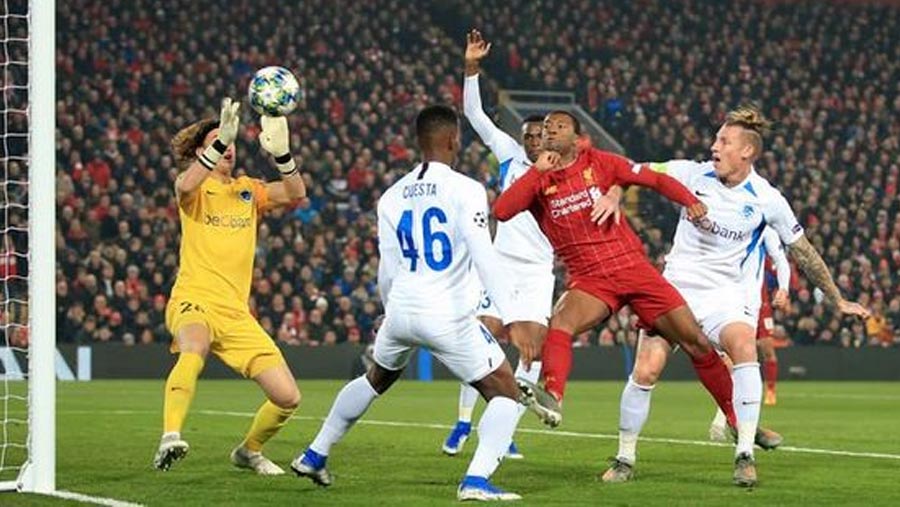 UEFA Champions League holders Liverpool collected another victory in their relentless campaign by sneaking past KRC Genk at a subdued Anfield.

Jurgen Klopp's side lost to Napoli in their opening Group E game - their only loss in any competition this season - but have picked up three straight wins to move towards the knockout stages.

Georginio Wijnaldum stabbed into the roof of the net from close range after captain Sebastian Dewaest made a mess of clearing James Milner's low cross.

With the hosts failing to build on their 14th-minute lead, Genk's Tanzanian striker Mbwana Samatta powerfully headed in the equaliser at the near post from a corner five minutes before half-time.

But having scored twice in Belgium when Genk were beaten 4-1 on Oct 23, Alex Oxlade-Chamberlain was the match-winner early in the second half, spinning and converting a low strike into the bottom corner.

Liverpool move top of the group ahead of Serie A side Napoli, who were held to a 1-1 draw by Red Bull Salzburg.