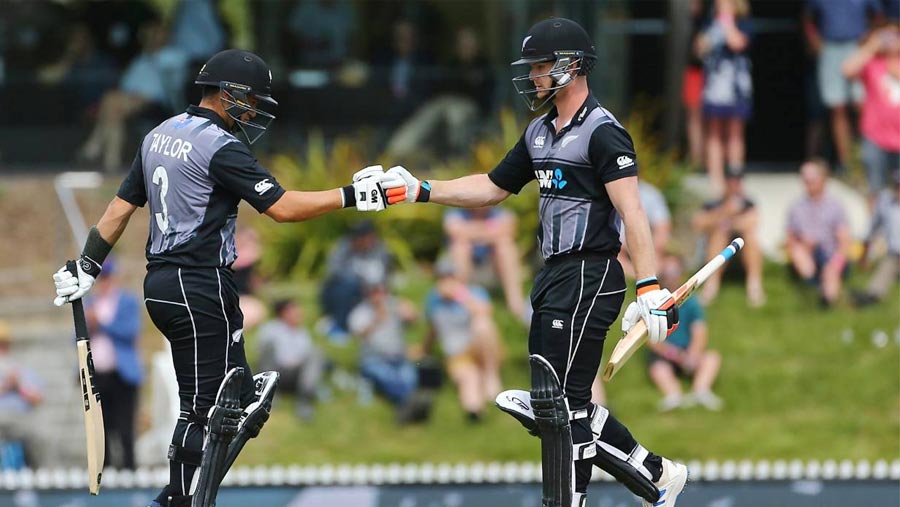 The Black Caps took a 2-1 lead in the five-match Twenty20 series after banking a 14-run win at Nelson's Saxton Oval on Tuesday (Nov 5).

England collapsed to a 14-run defeat in the third Twenty20 in Nelson as New Zealand took a 2-1 series lead.

Chasing 181, England were 139-2 with 31 balls remaining and seemingly cruising towards victory before they lost 5-10 in 18 balls.

The fourth game of the five-match series is in Napier at 05:00 GMT on Friday. The final match is in Auckland on Sunday.

With England looking set for victory, captain Eoin Morgan was caught at deep mid-wicket off the final ball of the 14th over.

Sam Billings was then run out second ball by a brilliant piece of fielding from Colin Munro before James Vince picked out mid-off to fall for 49.

Lockie Ferguson dismissed Lewis Gregory and Sam Curran in the 18th over and England never recovered.

The victory puts New Zealand in a strong position to capture their fourth consecutive Twenty20 series win. They haven't lost a T20 series since last November when they were swept 3-0 by Pakistan in the United Arab Emirates.