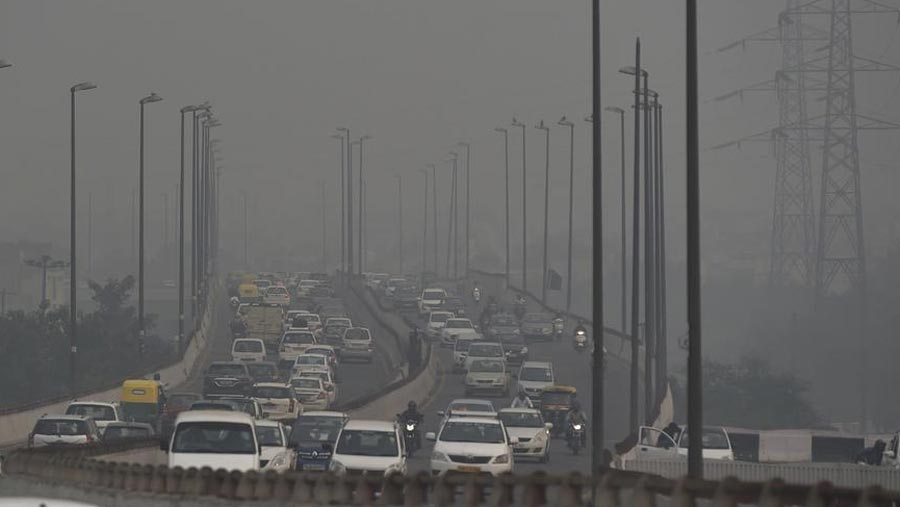 The Indian capital, Delhi, has launched a car rationing system as it battles hazardous levels of pollution. Private cars with even and odd number plates will be allowed on roads only on alternate days from Nov 4 to 15, officials said.

The system was introduced in 2016 and 2017 as well, but it's not clear if it actually helps bring down pollution.

Levels of dangerous particles in the air - known as PM2.5 - are far higher than recommended.

The deteriorating air quality has put millions of people at risk of respiratory illness.

Health officials have asked people to stay indoors and refrain from doing any physical activity. Schools are closed until Tuesday and the shutdown is likely to be extended until Friday as the city continues to choke under a thick blanket of smog.

Delhi Chief Minister Arvind Kejriwal said the car rationing system, known as the "odd-even plan", would take hundreds of thousands of cars off the road. Those ignoring the decree will be fined 4,000 rupees (£44; $56), which has doubled from previous years.

Only public transport, emergency vehicles, taxis and two-wheelers will be allowed. Women driving alone will also be exempt from the rule.

Experts say emissions from vehicles are just one of several factors that have made the city a "gas chamber".

A major cause of the high pollution levels at this time of year is farmers in neighbouring states burning crop stubble to clear their fields.

Construction and industrial emissions have also contributed to the smog.

Indians are hoping that scattered rainfall over the coming week will wash away the pollutants but this is not due until Thursday.

Levels of dangerous particles in the air - known as PM2.5 - are far higher than recommended and about seven times higher than in the Chinese capital Beijing, which as battled similar pollution problems in recent years.