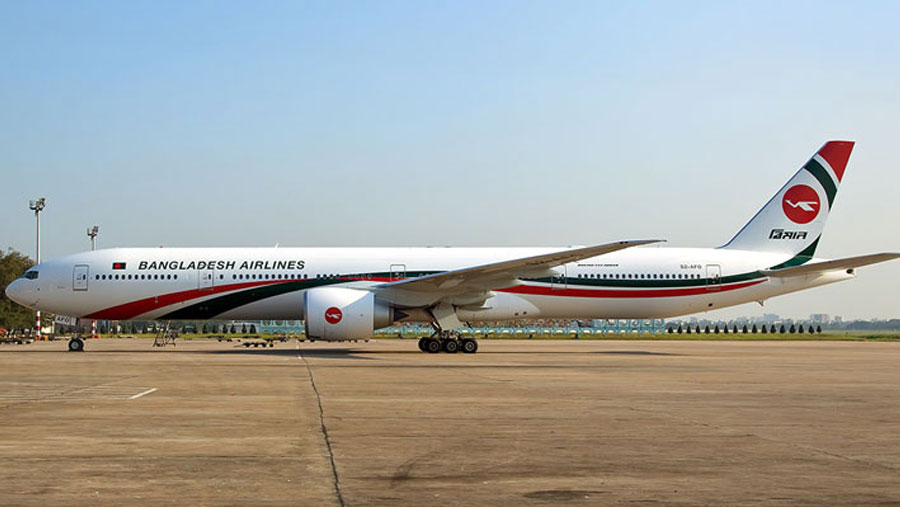 Biman Bangladesh Airlines on Monday (Oct 28) launched direct flight operation to Madina from Dhaka as the second destination to Saudi Arabia after Jeddah. The national flag carrier will operate flights on Dhaka-Madina-Dhaka route for three days in a week – Monday, Wednesday and Saturday- and one on Chattogram-Madina-Chattogram route on every Thursday. State Minister for Civil Aviation M Mahbub Ali inaugurated the maiden Dhaka-Madina flight at Hazrat Shahjalal International Airport in Dhaka, local media reported.

Biman deployed its newly purchased Boeing 787-8 Dreamliner with a capacity of 271 seats, including 24 business and 247 economic class to operate the flights on Madina sector.

The state minister said the government has taken decision to establish direct air connectivity to Madina as the second destination to Saudi Arbia because the numbers of pilgrims to perform Umrah are getting higher every year.

Besides, he said the new route will also benefit large numbers of Bangladeshi expatriate workforce who are residing in Saudi Arabia.

The Madina route is a part of Biman’s ongoing endeavour of expanding its international destination routes, Ali added.

The national flag carrier is also considering launching flight to Guangzhou and reopening flights to Sri Lanka’s Colombo and Male in the Maldives and increasing flight frequencies on existing routes.