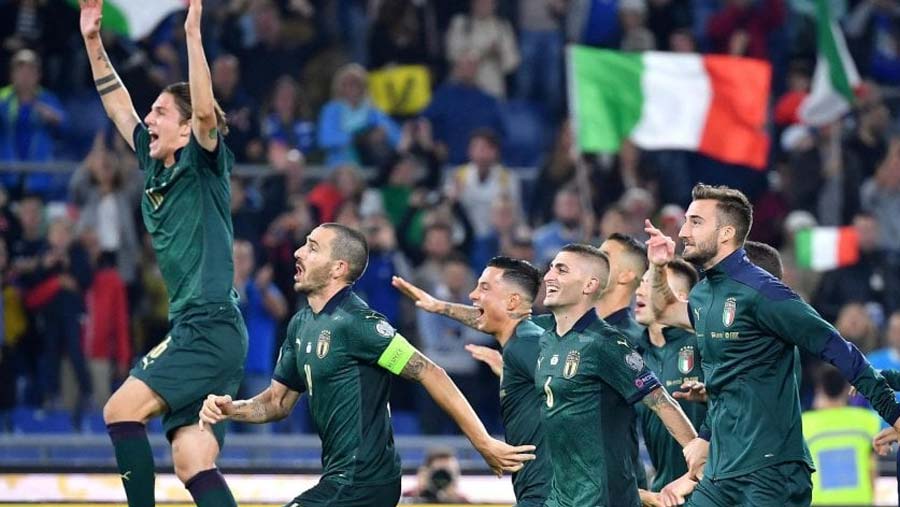 Italy secured their place at next year's Euro 2020 finals by beating Greece 2-0 in Rome.

Italy secured a place at next year's European Championship finals with three games to spare thanks to a 2-0 win over Greece at the Stadio Olimpico on Saturday (Oct 12).

A second-half penalty from midfielder Jorginho gave the hosts the lead before Federico Bernardeschi drilled in the winner 12 minutes from time.

Roberto Mancini's side have won all seven of their qualifying matches and top Group J on 21 points, having ended fifth-placed Greece's slim hopes of qualification.

Finland suffered a thumping 4-1 defeat away to Bosnia & Herzegovina but remain second on 12 points, two ahead of Bosnia and Armenia, who missed a golden opportunity to go joint second when they were held to a 1-1 draw away to rock-bottom Liechtenstein.