I can see the future astronaut in Space Innovation Camp: US Ambassador 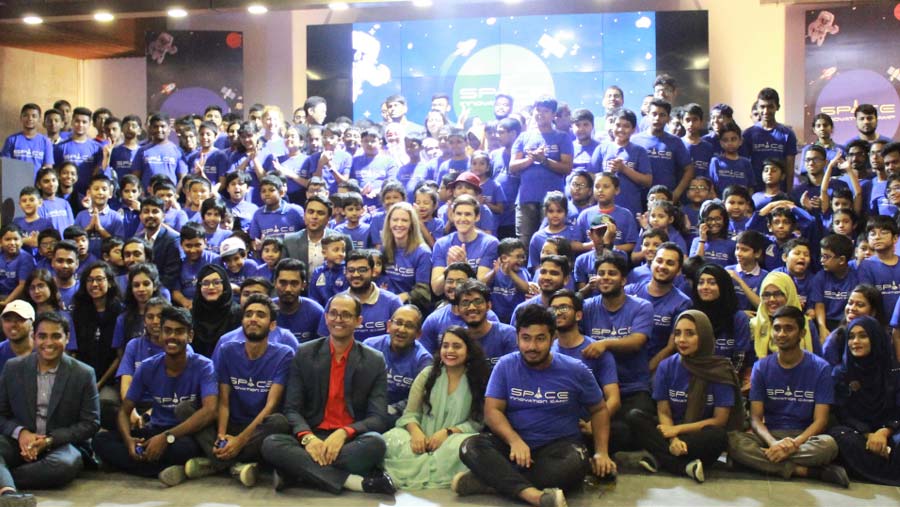 The two-day long Space Innovation Camp, which began on Oct 11, ended on Saturday (Oct 12) at the United International University's permanent campus, organized by the Bangladesh Innovation Forum. 500 students from nursery to tenth grade participated in the program. U.S. Ambassador to Bangladesh Earl R. Miller attended the camp to encourage students as the chief guest on the closing day.

Ambassador Miller came among children’s and said he was overwhelmed by the enthusiasm of the students. Especially the younger students are getting to know things like rocket making and space robots from now on, which he thinks is very promising for Bangladesh’s future.

Professor Chowdhury Mofizur Rahman said, today's children are the future of tomorrow. Such an arrangement for children is truly commendable. In today's event, kids will become more interested in space, robots, and rockets.

Summit convener Amena Islam Synthia said, "The two-day camp was organized to popularize space science among children and to highlight STEM topics in detail. We hope that through this camp, our students learned a lot about space science and in future they will be more interested to go further studies."

Founder of Bangladesh Innovation Forum Ariful Hassan Opu said, "A plan has been taken for the next ten years to build space scientists and rocket scientists from Bangladesh in the future by encouraging young children to discover new things in space science. As a first step of that Space Innovation Camp has been organized."