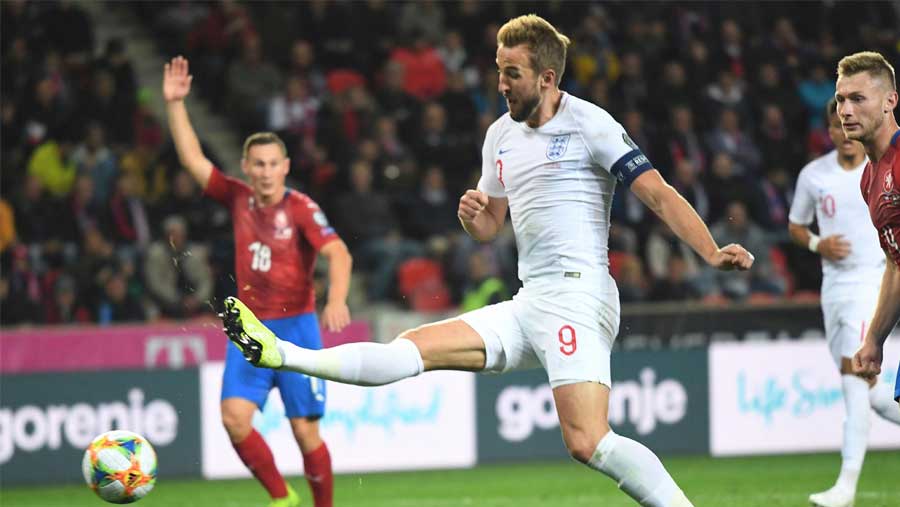 Ten years, 43 games, 34 wins, nine draws and no defeats. England were finally beaten in a European Championship qualifier for the first time since 2009 when they lost 2-1 to the Czech Republic on Friday (Oct 11) night.

England must wait to confirm their place in Euro 2020 after the Czech Republic deservedly ended their 43-game unbeaten run in qualifiers stretching back 10 years.

Gareth Southgate's side would have secured their place in next summer's tournament with victory in Prague but they can have no complaints after a wretched display against a Czech side who were a different proposition from that swept aside 5-0 at Wembley in March.

England can still qualify on Monday if they beat Bulgaria and Kosovo do not beat Montenegro.

England were handed the perfect start when captain Harry Kane put them ahead from the penalty spot in the fifth minute after Lukas Masopust fouled Raheem Sterling but they were well below their best and slumped to a bitterly disappointing defeat.

The Czechs were swiftly level when Jakub Brabec scored following a corner. England could not muster further inspiration and substitute Zdenek Ondrasek pounced to score the winner with four minutes left.

England were desperately poor throughout and were grateful to goalkeeper Jordan Pickford, who produced fine saves from Vladimir Coufal, Masopust and Alex Kral, while Czech counterpart Tomas Vaclik did well to deny Sterling and Kane.

They can put things right against Bulgaria in Sofia on Monday but this was a serious reality check for a side hoping to do great things next summer, losing a qualifier for the first time since they went down 1-0 to Ukraine on Oct 10, 2009.