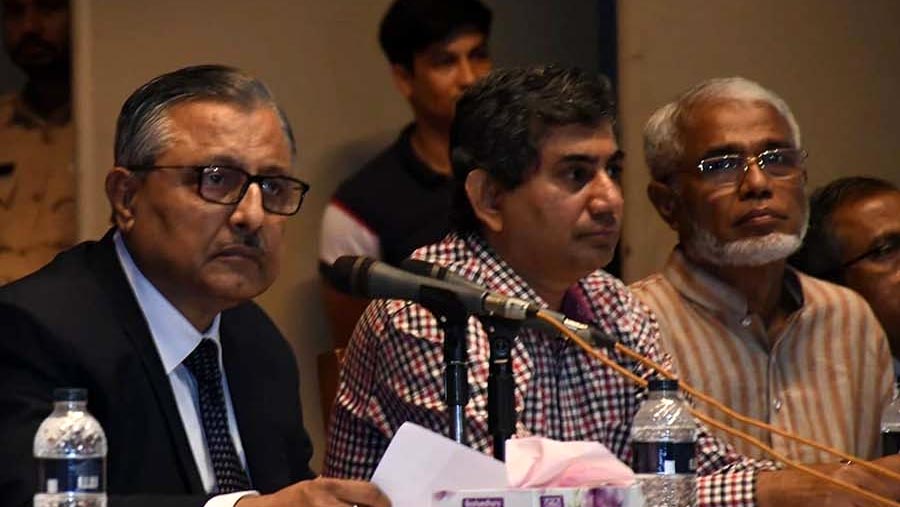 Bangladesh University of Engineering and Technology (BUET) on Friday (Oct 11) imposed a ban on all kinds of political activities on the campus and temporarily expelled 19 students for their alleged involvement in the Abrar Fahad murder.

“I am, as per the power bestowed upon me, declaring a ban on all kind of political activities on the university campus. There will be no organizational politics on the campus,” BUET Vice-Chancellor Professor Saiful Islam said this as he held a meeting with the representatives of the protesting students at the university’s auditorium in the evening, local media reported.

Prof Saiful assured the agitating students of taking stern actions against those who would be found involved in ragging on the campus. The university authority will bear the cost of the murder case and compensation will be given to Abrar’s family, he added.

Earlier, the agitating students submitted a 10-point demand to the university authority following the Abrar murder.

Abrar Fahad, a second-year student of Electrical and Electronics Engineering (EEE) Department of the BUET, was beaten to death in a dormitory on Sunday.

Police recovered his body from between the ground floor and the second floor of the Sher-e-Bangla Hall of BUET at 3 a.m. on Monday.

Abrar’s father Barkat Ullah filed a case against 19 people with Chawkbazar Police Station in connection with the Abrar murder on Monday.