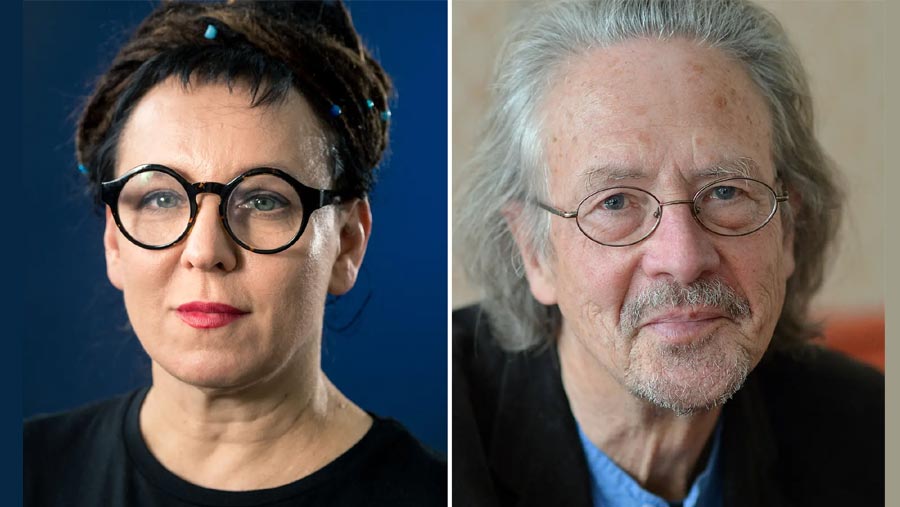 Polish author Olga Tokarczuk and Austria's Peter Handke have been awarded the Nobel Prize for Literature. Two winners were named - one for 2019 and one for 2018 - because last year's prize was not awarded, reports said.

The Swedish Academy, which oversees the prestigious award, suspended it last year after a sexual assault scandal.

Tokarczuk, who also won the Man Booker International Prize last year, was awarded the 2018 Nobel Prize, with this year's Nobel going to Handke.

He was recognised for "for an influential work that with linguistic ingenuity has explored the periphery and the specificity of human experience," the academy said in a statement.

Tokarczuk, considered the leading Polish novelist of her generation, was rewarded "for a narrative imagination that with encyclopaedic passion represents the crossing of boundaries as a form of life".