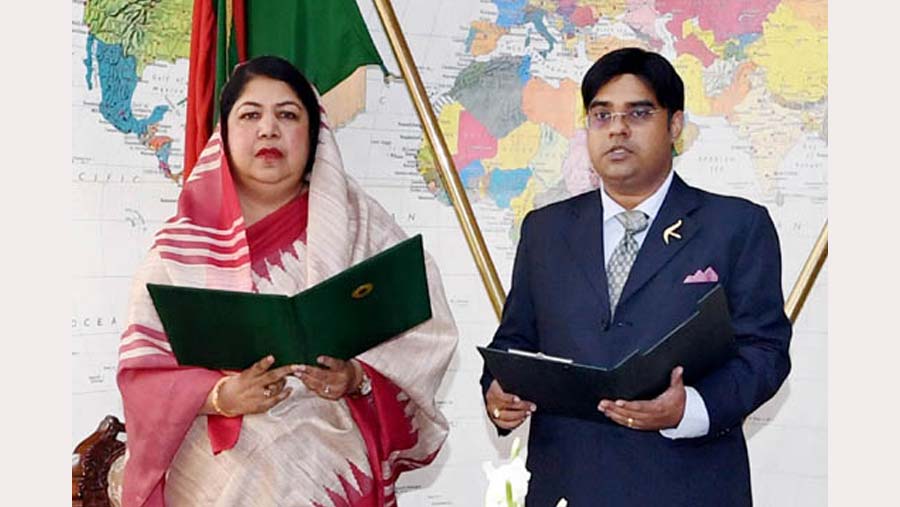 The oath taking ceremony of Rahgir Almahi Ershad, a Jatiyo Party nominee who has newly been elected in the by-polls from Rangpur-3 seat of the 11th National Parliament, was held at the Jatiyo Sangsad on Thursday (Oct 10).

The by polls was held on Oct 5 as the Rangpur-3 seat was vacant due to the death of Jatiyo Party founder Hussein Muhammad Ershad.