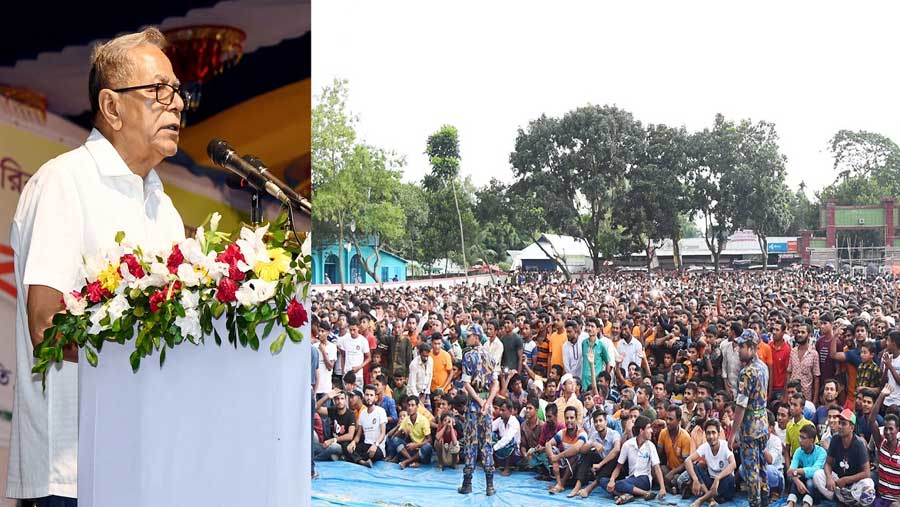 "The present government has taken a good initiative to make the society free from corruption. I appreciate it. There’s a rise in corruption with the increasing development trend. It has to be stopped now,” he said.

The President was speaking at a rally on the occasion of the inauguration of Swadhinata Bhaskarja-71 organised by Tarail Nagorik Committee at Muktijoddha Degree College playground local media reported.

Hamid said no one will be spared after committing irregularities and corruption, no matter how big they are. He said Prime Minister Sheikh Hasina started the drive against corruption from her own home. “She even didn’t show any mercy to Chhatra League and Jubo League.”

The President said the ongoing drive launched by the government against corruption will positively contribute to the country’s socio-economic development and spur the economy.

Turning to public representatives, he said, "People elect their representatives with many expectations. Please behave well with people from your respective positions and listen to them as much as possible."

"If you behave in the same manner before and after the election, it’ll make local people happy. This type of behaviour will also help deepen your relations with the mass people," he said.

The President arrived in his home district Kishoreganj Wednesday on a weeklong visit to attend several programmes in Mithamain, Itna and Astagram upazilas.

He will also address several public gatherings and hold views-exchange meetings with a cross section of people and different professional bodies at different upazilas of the district.

The head of the state is expected to return to Dhaka on Oct 15.