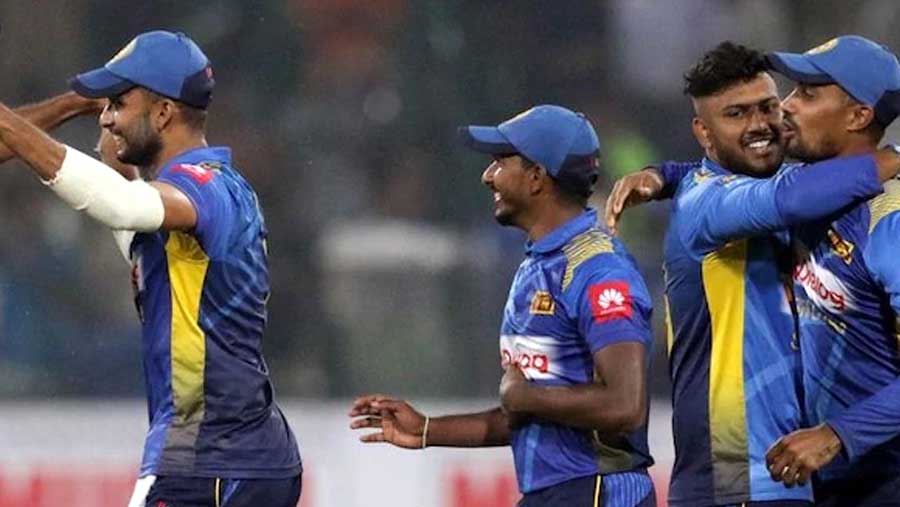 Danushka Gunathilaka has struck a quick-fire half-century as Sri Lanka secured a dominant 64-run victory in their first Twenty20 international against Pakistan.

The hosts - who clinched a 2-0 win in the one-day international series - won the toss and chose to bowl first in Lahore but Sri Lanka posted a competitive 5-165 from their 20 overs on Saturday (Oct 5).

Gunathilaka was the mainstay of the innings, making 57 from 38 balls including an 84-run opening stand with Avishka Fernando - who made 33 - inside 10 overs.

Pakistan dragged it back well with the ball as Mohammad Hasnain claimed 3-37 and Mohammad Amir bowled an economical spell, conceding just 25 from his four overs.

Captain Sarfaraz Ahmed set about rebuilding the innings alongside Iftikhar Ahmed, but Pakistan fell further and further behind the rate.

Iftikhar's run out triggered a flurry of wickets as Pakistan slipped to 7-87 in the 16th over, with their hopes of victory long gone. The final three wickets then fell in seven deliveries as Sri Lanka bwled Pakistan out for 101 with 14 balls still remaining.

The second of the three-match series - all to be played in Lahore - is on Monday.