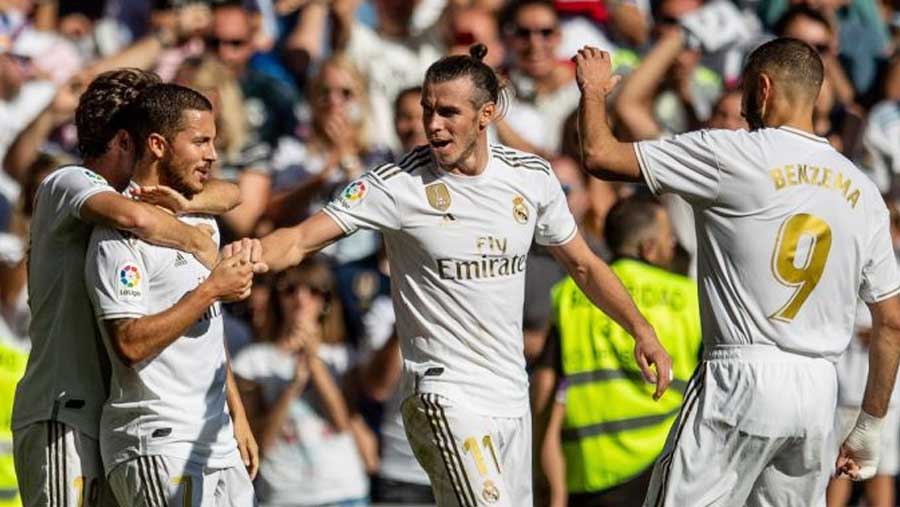 Real Madrid extended their lead at the top of La Liga after beating Granada 4-2 at the Santiago Bernabeu on Saturday (Oct 5). Eden Hazard got his first goal for Real, while Karim Benzema and substitute Luka Modric were also on the scoresheet before substitute James Rodriguez added a fourth in stoppage time.

Eden Hazard scored his first Real Madrid goal as Zinedine Zidane's side survived a Granada fightback to stretch their lead at the top of La Liga.

Hazard, who signed from Chelsea in June, lobbed Rui Silva at the end of the first half after Karim Benzema's second-minute opener for the hosts.

Luka Modric added an excellent third in the second half, but Darwin Machis and Domingos Duarte responded for Granada.

The result sees Real open up a four-point gap over second-placed Granada.